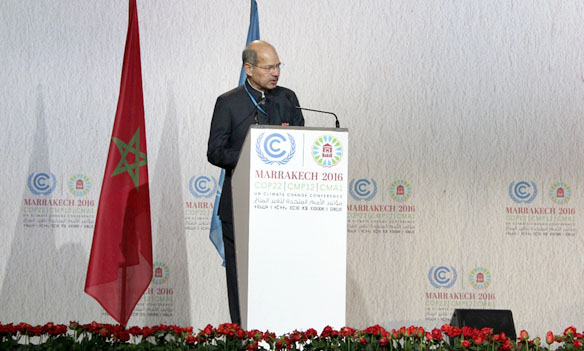 New Delhi (PIB-GR-TYP-BIN): Calling for a rethink on the existing work culture in Pollution Control Boards, Minister of State (Independent Charge) of Environment, Forest and Climate Change, Mr. Anil Madhav Dave has said that the style of working needs to be converted into E-governance. Addressing the 61st Conference of Chairmen & Member Secretaries of Pollution Control Boards and Pollution Control Committees on Nov 23, Mr. Dave said that E-governance will not only correct the style of functioning, but will also bring about a transformation, making it a result-oriented approach to work.

The Minister added that this will also remove the shortcomings of human resources. He also pointed out to the need to enhance capacity-building as a major issue that needs attention.

Mr. Dave said that there is a need to feel the pulse of the people and complaints of the people must be addressed. He emphasized a collective approach to work. He also launched two online portals – CPCB’s E-Samiksha and Ganga E-track GP I.

Speaking on the occasion, Secretary, Ministry of Environment, Forest and Climate Change, Mr. Ajay Narayan Jha, referred to the need to make the systems more citizen-friendly.