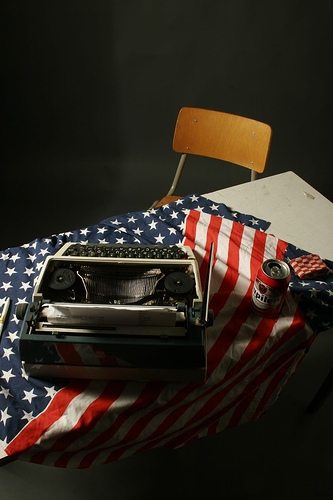 What seemingly is a tribute to the gonzo god of literary angst, turns out to be a greedy gluttons’ glorification of a man who was crying out for help. Between the attention seeking antics that consisted of phone calls and backwoods barnyard festivities, I found myself extremely and deeply saddened beyond the norm.

I mean for chrissake – Leonard Maltin? Get him out of there. No credibility here my friends. Sean Penn anxious to let us how much he loved the “4am HST calls” as did John Cusack and every other celeb who found it amusing , challenging and an honor to be graced with the madman’s decadent form of approval.

Befriended by the Dr. prior to filming, Johnny Depp takes a deep look at the soul survivor we’ve come to know & love only to act out as a kid in a deranged voodoo confectionary – confused as too what hex he should cast first. He did however, help fulfill Hunters’ request for a funeral procession (20 years in the making) complete with the explosion of his ashes so they would nestle amongst the valley that he called a shooting range and a home.

The novelty has certainly worn thin; Hunter did not want to be around this planet longer that he had to be. However, he was – in no way, shape or form to be portrayed neither the Town Crier nor the Village Idiot.

Rehashed footage from the BBC and various TV interviews that have been available for years, vie for the clarity we need to understand.

The only true spirit that shone upon his desecrated soul would have to be from the hearts and voices of Ralph Steadman & Bill Murray who portrayed Hunter to worldwide acclaim in the filmWhere The Roam.

Exploitation can be a good thing- an entertaining thing, if done right. Hunter himself would have gasped at the legerdemain of this documentary, a visual sideshow from under the media’s circus tent. The question remains though -who’s the star freak?.