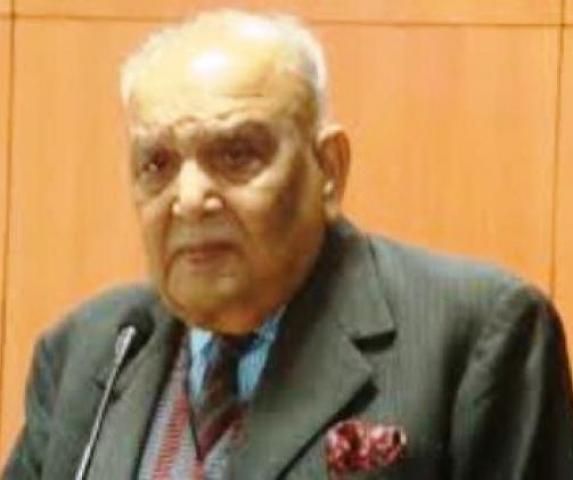 Dehradun/Jammu,November 09(Scoop News)- Describing revival of Kashmiriyat as key to restoring the pristine glory of the land of sufis and saints, former  Jammu and Kashmir Governor Lt Gen (Retd) S. K Sinha said his efforts in this regard during his gubernatorial tenure has started showing positive results.

Addressing senior grade students of elite private schools of South Asian countries including Afghanistan, Bangladesh and Pakistan at Welham School, Dehradun, General Sinha referred to the holding of sufi festivals at the onset of annual Amarnath Yatra in the Valley and said the initiative was aimed at fostering the bonds of brotherhood, amity and harmony, which is the essence of Kashmiriyat.

The four day meet was inaugurated by the former Governor and several eminent scholars spoke on the theme Envisioning a Shared Future’.

The General said that during the festivals eminent artists from and participated while the local artists showed immense enthusiasm in organising such programmes. He also referred to the well attended international seminar presided over by President Pratibhadevi Singh Patil and attended by high level delegations from each of the SARC countries.

The popular Junoon Sufi pop music band was invited to perform in to the great delight of the Kasmiri youth. The Pakisani leader of the band announced that he had come to to launch a Jehad for peace.

He referred to the favourable response of the media including several leading newspapers to these events and said this demonstrated the deep yearning among the people for revival of peace.

Tracing his association with way back to 1947, he said in October 1947 he flew to with the first lot of troops sent to rescue the people of from a brutal invasion.

"After the situation on the front was stabilized I was sent to city to report on the situation where surprisingly I saw no communal violence or tension in the city. The people were raising the slogan Hamlewar Hoshiar, Hum Kashmiri Hindu Muslim Sikh Tayyar. The entire subcontinent including region of the State was then engulfed in unprecedented communal violence. This display of Kashmiriyat, which stands for complete harmony across any religious divide deeply impressed him", he said adding that Mahatma Gandhi referred to Valley as the only ray of light on a subcontinent engulfed in total darkness.