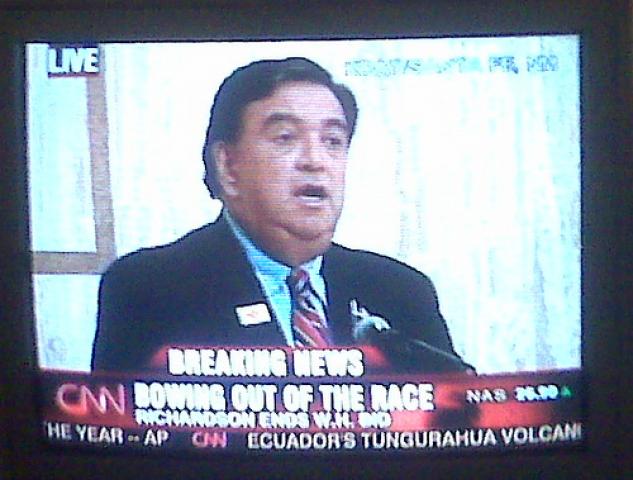 In a live televised press conference in New Mexico, Governor Bill Richardson officially ended his bid for the White House in 2008.  Governor Richardson was the first Hispanic candidate for President in US history.

In a room before his supporters, the governor was briefly introduced by First Lady Barbara Richardson before taking the podium.  There he announced that he would end his campaign, adding that while he had hoped to tell his fans before the news media, unfortunately "it’s the ending of something that garners the most intense speculation and attention."

Governor Richardson cited the landmark challenges of this year’s race, but kept his tone light. "We had 200 debates!," quipped Richardson, "Actually was only twenty-four, but it felt like 200."

Political pundits have already begin questioning who Richardson will support.