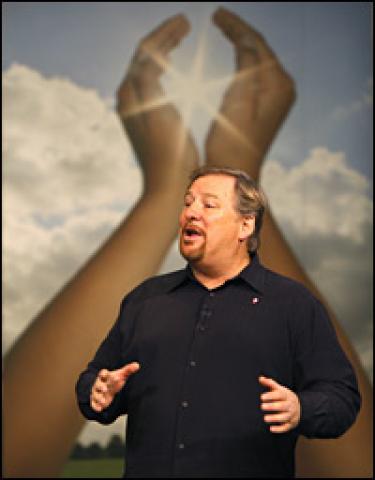 Rick Warren, the pastor at Saddleback Church in Orange County, California, will host the first presumptive presidential candidate debate this Saturday at 8 p.m. EDT.  This is the first time Democrat Barack Obama and Republican John McCain will appear together since each informally cinched their party’s nomination.

The Saddleback Church is an evangelical mega-church which has over 22,000 members.  Rick Warren, the pastor, is also the author of the best-selling book "The Purpose Driven Life".  He has not open endorsed either candidate.

Rick Warren has said that the Saddleback Church debate will focus on issues such as poverty, AIDS, climate change, and human rights.  The most recent Pew Poll has said that white evangelicals are more undecided now than they were at this point during the last two election cycles.  This debate hopes to appeal to religious voters and hopefully engage them in election.

Filed under: Politics
Share Tweet Pin G Plus Email
previous article: Skunk Ape or Bigfoot?
next article: What next for Musharraf