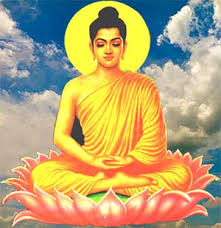 By principle, journalism is public. By practice, journalism today has gone more corporate. This is the crux of the matter for us to meditate on the theme of press freedom. In Nepal, porters ( I am only comparing the figure) earn 10 times than journalists in general. Although there is a debate on whether journalism is a profession or a public service, there should be no doubt at all that even a full-time social worker must get a proper amount for living costs. A spirit of social work in journalism would be far better compared to that of a corporate house employee. As a corporate house employee, you will have to prove higher loyalty to the corporate mission of upsizing their profit, with a secondary thought to public interests. As a social worker, you will gain moral strength to prioritize public well-being that does not exclude media entrepreneurs in the very human sense.

What is press freedom?

Press freedom, philosophically, is a theoretical concept of representing the human right to freedom of expression and opinion. Practically, press freedom is a vital component of the democratic system.

The proper utilization of press freedom empowers people, not only with direct information dissemination but also with critical and analytical policy communication that lays pressures on state and non-state stakeholders in the country. But misuse of press freedom enslaves people, dullifies their mind and dehumanizes the political character of the nation.

Global campaign for press freedom mostly and most usually is focused on journalist safety, media’s right to collect and disseminate information and entertainment without hindrance from the state and non-state factors.

What do theories of mass communication, journalistic principles and ethics stand for? They all advocate for public interests. Mass media have a public duty. Private entrepreneurs expect to reap profits from the public good. Their profit goes down with the declining image of their media institution. Thus, maximizing the degree of public good that mass media do to people is the surest way to collecting better profit. But just the opposite is often perceived; as a result, misuse of press freedom becomes a problem.

In line with the Buddha’s noble guidelines, media workers need to understand that each action has its corresponding consequences, i.e. output is equal to input. Therefore, media workers are required to respect the right to life and the principle of harmlessness; they must not take what is not meant for them. Avoiding indulgence in sensual pleasure is equally important for them because sensualism deviates them from their noble duty to serve people watchfully. Discarding false, harsh and slanderous speech or message is highly important for  the quality and accuracy of their journalistic practices. Similarly, the Buddha emphasizes on avoiding idle chatter. The idle chatter in journalism practically concerns superficial, propagandistic and less informative communication. When journalists cannot overcome their covetousness, their vulnerability grows. Ill-will produces hate speech—a serious problem in the global communication marked by racism and hegemonism. Hate speech is instrumental in destroying peace and harmony in the human community.