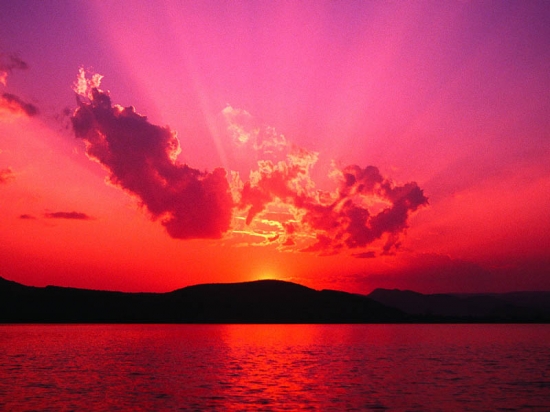 In the melting pot of , three quite different concepts of a square meal interacted delectably.  The Indians, who were there first, contributed grains, vegetables and an appreciation of the abundant seafood.  The Portuguese, who colonized , brought their stews and sweet tooth… and then imported African slaves who in turn added new spices and sauces.

Later immigrants introduced novelties from other nationalities: knackwurst, pizzas and hamburgers are fully assimilated by now.  is a big country, with food to match.  Whatever the recipe or its derivation, the raw materials couldn’t be more auspicious.

is one of the world’s leading cattle-producing countries, so the meat is first-class and relatively inexpensive.  The provides a bonanza of fish and seafood.  In the tropics, familiar fruits and vegetables are juicier than ever, and unfamiliar ones excite the adventurous palate.

You may not come to agree with the contention that Brazilian cooking is in the same class as French or Chinese (in my case Greek) cuisine for originality and grandeur, but you will certainly be glad to have made the acquaintance of ‘s array of wholesome and fascinating food.

In it is easy to find the right restaurant for your mood and appetite: a fish house on the beach or a candlelit French restaurant, a bohemian pasta parlor or a barbecue with waiters in Gaucho costumes.  To find out what is going on in any restaurant, just look in the window (though in many cases there is no window at all, only tables overflowing onto the sidewalk).  Restaurants post their menus beside the door, so you know the price range and specialties in advance.

Most tourists stay at Zona Sul beaches and quite logically take advantage of the many good restaurants nearby.  But it is also worth exploring the central business district, which boasts a distinguished roster of French, German, Portuguese, Spanish and even Brazilian restaurants.

Hotels customarily include breakfast (cafe da manha) in the price of the room (fresh fruit juice, toast and rolls, butter and marmalade and coffee with hot milk).  The hours are posted, usually or   If you miss breakfast, you can catch up at a stand-up street-corner cafe.  However, ‘s relaxing sidewalk cafes do not normally serve breakfast.

Meal times for lunch and dinner are uncommonly flexible.  Lunch can start at or , more fashionably at or and go on as long as you please.  Dinner can begin as early as or , but many restaurants stay open until or , or until the last customer goes home.  Most restaurants are open seven days a week.

The national dish of , "Feijoada", contains 18 or 19 ingredients and takes hours to prepare.  It also takes hours to digest, which is why you will be wise not to order it at night.  Most Cariocas eat it at lunch on Saturday, then take the rest of the day to recover.

If you like unusual combinations of tastes and textures, you will rave about "feijoada".  This typically Carioca stew is a feast of black beans with sausage and other pork products and dried beef, flavoured with onions, garlic, chives, tomato, parsley and perhaps hot peppers, then served with boiled rice, cassava flour, shredded kale and (brilliant after-thought) fresh orange slices.  It is almost obligatory to start or accompany this meal with a batida, Brazilian rum sour.  Discreet "feijoada" fanciers follow this with nothing stronger than mineral water.

From ‘s southernmost state of do Sul comes the cowboy food, "churrasco".  Cariocas and tourists alike enjoy dining at churrascarias, which serve barbecued meat in the Gaucho style.  Strips of beef or sausages, chicken or chops are skewered and roasted over charcoal.  Authentically, the meat must be kept moist with brine; the spit is inclined at a 45-degree angle over the fire.  Avery popular species of churrascaria advertises the rodizio system.  For a fixed price, you get to eat as much as you want of all the barbecues in the house.  Waiters arrive with one skewer after another, tempting you first with a sausage, then a chop, then a chunk of steak, a lamb cutlet…  You do not have to know the language, but you need a formidable appetite.

The state of Minas Gerais, north of , provides an exquisite little dish which would be worth ordering for its name alone: "tutu".  A thoroughly prosaic translation would be black bean mush.  But bean-lovers think "tutu" is too tasty to be true, being a subtle mixture of beans, bacon and sausage or jerked beef, manioc meal and onion, usually served with shredded kale and hard-boiled egg.

‘s foremest contributions to the art of cooking come from the northeast, where the Indeian, African and European currents meet.  is specializing in these spicy delights.  Here are three of many celebrated dishes:

"Acaraje".  A large fritter made from a batter of dried beans and dried shrimp, deep-fried in boiling "dende" oil, the yellowish palm oil indispensable to northern cooking.  The resultant dumpling is split down the middle and liberally filled with a special sauce made of ground shrimp, chopped onion, peppers and perhaps a dash of ginger.  It is served as a starter or snack.

"Xinxim" (pronounced shing-shing), another name to inspire the imagination, is a chicken stew from .  What makes it different from all other chicken-in-the-pot recipes is the addition of ground dried shrimp and the use of hot spices and "dende" oil.  The hot sauce served on the side should be approached with caution.

Many restaurants deal primarily in fish and seafood, often prepared according to Portuguese or Spanish recipes.  As elsewhere, the price of lobster (actually crayfish or spiny lobster) could embarrass your budget.  Other shellfish are within reasonable reach.  Look for "zarzuela de mariscos", a thick Spanish version of a "bouillabaisse", or the Portuguese variants, "caldeirada" or "frutos do mar ensopados".

Generally, when they eat fish, Cariocas prefer a thick fillet, for they are nervous about fish bones.  In many restaurants you will find dishes described vaguely as "filet de peixed" (fish fillet).  The fish in question often turns out to be "badejo" (bass), tasty in spite of its anonymity, but sometimes overwhelmed by a thick sauce.  You can also get excellent sole "linguado".  The sauce called "belle meuniere" is a butter sauce complicated, with typical Brazilian enthusiasm, by the addition of shrimp, mushrooms, asparagus, capers and whatever else will make it seem luxurious.  In the Portuguese restaurants, you can choose from many varieties of "bacalhau", dried salt cod usually baked in a rich sauce.

All over town you will find lunch-counter restaurants advertising "galetos" (spring chicken barbecued over charcoal).  This makes a fast, cheap and often delicious meal.

Stand-up snack bars are everywhere.  They are often called "lanches" (which means "snacks" not "lunches".  These are the places to try some Brazilian appetizers (codfish balls, chicken patties, shrimp pies, cheese patties.

A recent development is the proliferation of American-style hamburger and hot-dog emporia, clean and brash and very popular with young Brazilians.

For snacks on the run there are countless pushcarts dealing in sandwiches, hot-dogs or popcorn.  On many a Rio street you will find a lady from Bahia in her flowing dress, beads and white turban, sitting behind a tray of the richest but subtlest cookies and cakes imaginable.  In a glass case beneath this she displays a few snacks home-made from the great recipes: "acaraje" and "vatapa", for instance.

Desserts in restaurants or at snack bars can be overpoweringly sweet, probably a combination of the Portuguese influences and the early boom of the Brazilian sugar industry.  If they prove too much for your taste, switch to fresh fruit, which is varied and abundant and generally a joy.

In the tropical heat, you will work up a healthy thirst.  No matter where you find yourself, relief is close at hand.

On the beach, barefoot salesmen walk past you every other minute offering soft drinks, mineral water, beer, or paper cups filled with iced lemonade or "mate" (pronounced  MAH-chee) from their over-the-shoulder tanks.  Here the Gaucho drink, "mate", is served very cold and sweetened; it tastes like tea with overtones of tobacco.  Another Brazilian drink, bottled "guarana", is made from a fruit growing in the Amazon; it tastes a bit like cream soda.

Certain bars specialize in "caldo de cana", sugar-cane juice squeezed before your eyes in a special press.  The soupy liquor is not as sweet as you would expect, and the after-taste is somewhat wooden.

Look for the bars advertising "sucos" (juices) with lots of fresh fruit on display.  They serve as many as 20 different fruits, juiced as you watch.  Do not limit yourself to the delicious orange juice; try some tropical specialties like "caju" (cashew-apple), "mamao" (papaya) and "manga" (mango).

Perhaps the favourite Carioca thirst-quencher (served at stand-up bars, sidewalk cafes and with meals in restaurants of all classes) is a "chope" (pronounced SHOW-pee), a glass of ice-cold draft beer.

‘s most popular aperitif, the "caipirinha" is similar to a Mexican margarita, but instead of tequila, the firewater is "cachaca", distilled from sugar cane.  Ice and lemon soften the blow of this potent concoction.

A "batida" is a cocktail, usually whipped up in a blender, of "cachaca", ice, sugar and fruit juice.  Among favourite flavours: lemon, orange, coconut and passionfruit.

Brazilian wines enjoy less fame than they deserve.  The best of them come from do Sul, in the mild southern part of the country.  There are reds, whites and roses to choose from.  In hot weather all wines tend to be served chilled.

After dinner many restaurants serve complimentary coffee, or you can have a "cafezinho" at one of the coffee bars.  You are expected to pour sugar into the little cup (capacity just over 2 fluid ounces) before the coffee is poured.  Brazilians like it very sweet, and very often.

There is no government tax on restaurant meals, but a 10 percent service charge is often added to the bill.  If your waiter served you will, you might want to leave an additional 5 percent or more on the table.

Most restaurants offer an optional "couvert", often an overpriced dish of olives and pickled carrots, broccoli and cucumber and a few gulls’ eggs.  Feel free to wave it away if you do not find it appealing.

On most restaurant tables are two shakers, one for salt and the other for tooth-picks.  If you want pepper, ask the waiters for "pimenta"; you will probably be served a whole tray of condiments.

If a restaurant is full, it is not customary to join a table of strangers, even if only one person is occupying a table for four.  You just have to wait for a free table.

These  information will help you have a wonderful trip.  is beautiful and if you have the chance to dine there it will be an experience of a life time!!!