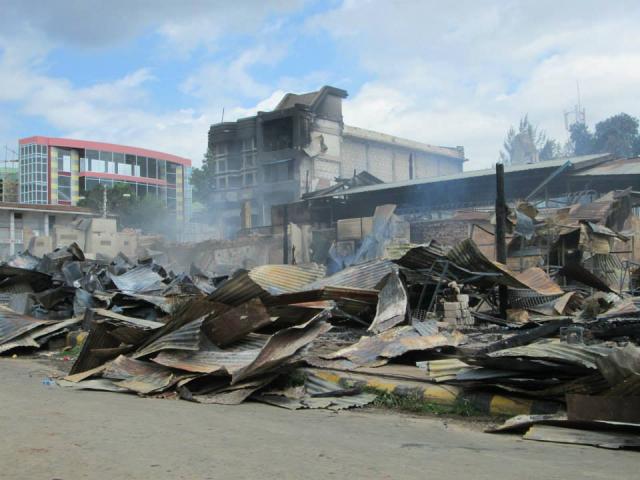 Riot  between Shan-Islam and Myanmar Buddhist and also Shan Buddhists happened at Lashio, the capitalof Northen Shan State.on May 28 and 29 this year.

Event initiated  from quarelling between Islam boy and Shan-Buddhist girl near Lashio Market.

Such riots between Islam and Buddhists frequently happened since June, 2012 at Arakhan State. Locations of such riots are Meikhtila, about 250 M from Yangon, and Okkan, about 120M from Yangon  Myanmar Government takes lawful care about them.

Filed under: Politics, World
Share Tweet Pin G Plus Email
previous article: ‘Take A Stand’ is all about bringing a change – Varun Mehta
next article: God, AMORC and world peace