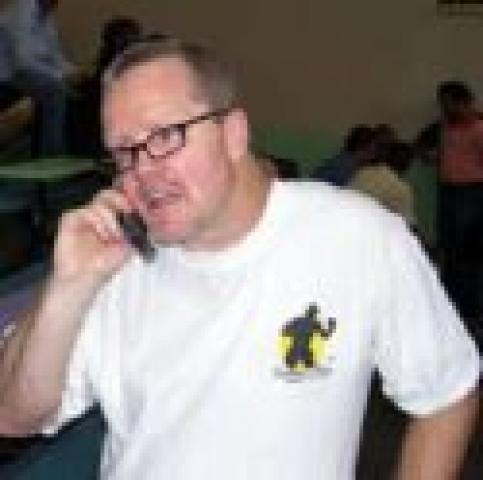 The outcome of most successful boxing fights is largely dependent on the expertise of trainers and coaches of the fighters. In the case of Manny Pacquiao, he is lucky to have on his side, one of the most capable and experienced boxing trainers and strategist today. He is no other than Freddie Roach, a three-time BAA training awardees and a hall of famer. Roach is himself a professional boxer before he chose a career in training and coaching of professional boxers. His winning statistics speaks for itself. He has trained and coached some of the most popular boxers in the world.

Roach owns the Wild Card Gym in Los Angeles, California where he trains a good number of professional boxers from around the world for a fee. He provides a venue for these fighters to hone their skills in the game of boxing. He is assisted by seasoned coaches and trainers including former boxers and boxing trainers who have accumulated years of experiences in the game of boxing

In recognition for his accomplishments as a boxing trainer, Roach was voted trainer of the year by Boxing Association of America (BAA) in 2003, 2006 and 2007. He once trained Oscar de la Hoya for his recent fight with Floyd Mayweather, Jr.

In the case of Ricky Hatton, he is likewise lucky to have Floyd Mayweather, Sr. Like Freddie Roach; Floyd, Sr. is also a professional boxer before he became boxing trainer. He was rated as welterweight and fought 36 times winning 29 and losing only 6 with one draw.

Floyd, Sr. was born in 1952 in New York City, USA. He is the father of the undefeated Floyd, Jr. who retired 2 years ago after he delivered to Ricky Hatton of England his first loss ever. Floyd, Jr. is being lured out of retirement by boxing fans to fight Manny.Pacquiao if he wins over Ricky Hatton in their forthcoming fight in Las Vegas on May 2, 2009.

Floyd, Sr. came from a family of boxers. His younger brother, Roger was the former WBC featherweight champion. Another brother held the IBO super featherweight championship crown. Floyd, Sr. was a defensive boxer during his professional boxing career. He is credited for teaching his son, Floyd, Jr. the art of defensive boxing that made him a champion.

As a boxing trainer, Floyd, Sr. uses his defensive boxing knowledge in training his wards. One of these techniques is the ‘shoulder roll’ which actually deflects blows from the opponent to limit their impact. Many boxing fans predict that Ricky Hatton will use the defensive technique over Manny Pacquiao as one of the many options that Hatton will use to counter Pacquiao’s attacks.

As professional trainer and Manager, Mayweather, Sr. was chosen as 1998 Manager of the year by Boxing Writers Association of America.

Both trainers and coaches have different styles and strategies learned from actual experiences as boxers during their prime years. Their techniques and experiences will definitely show in the way their boxers will perform in the most exciting boxing event of 2009.

With these two great trainers behind the world’s great boxers, fans from around the world are eager to hear the start of the ‘word war’ between them. Freddie Roach has started the ‘word war’ with his statement: ‘yes, Hatton can pull the trigger, but will the bullets find their targets’? Let’s hear from Mayweather, Sr. Once he responds to this, it will signal the start of their ‘word war’ that most boxing fans eagerly await.

Manny Pacquiao and Ricky Hatton are scheduled to fight on May 2, 2009 at the MGM Grand in Las Vegas, Nevada.

Filed under: Business, Sports
Share Tweet Pin G Plus Email
previous article: Can Hatton Pull the Trigger on his Duel with Manny Pacquiao?
next article: 300 Dolphins Stranded in Shallow Waters of the Philippines