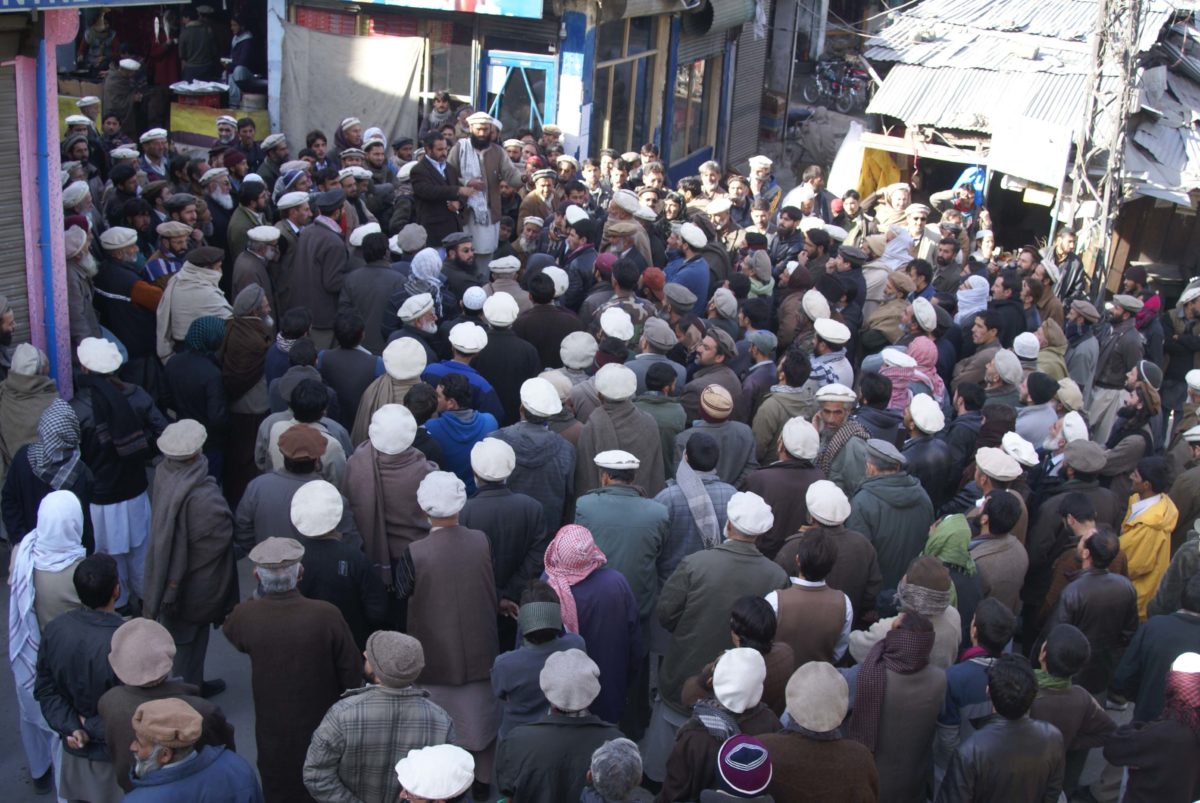 Students blocked main Chitral Peshawar road as protest against no permission to Students Bus inside the lawari tunnel.

CHITRAL: Students of different colleges of Chitral blocked main Chitral Peshawar road for hours as protest against negative behavior of National Highway Authority (NHA). Anger students held a public meeting at main Ataleeq Square and agitated against the NHA and Korean staff who not allow their Bus to travel inside the lawari tunnel. They said that our students won football trophy from 25 districts and were coming happily in their college Bus carrying the trophy but when they reached Lawari tunnel they were stopped by NHA and security forces deployed on Korean staff duty. They said that due to snowfall it is not possible that a heavy Bus travel over the pass of Lawari top but it can easily came to Chitral through Lawari tunnel. They alleged that oil tankers and loaded trucks of influential’s contractors can travel inside the tunnel but it is not allow for students of Chitral. A large number of Police also were deployed to overcome on any unpleasant situation. They students chanted slogan against Deputy Commissioner Chitral, MNA and MPA that nobody is present in this tension situation at Chitral. Later on they were joined by politicians of different parties who expressed their sympathy and solidarity with them. Student’s leaders demanded from the federal government for opening Lawari tunnel on daily basis.

Meanwhile all parties’ leaders held a public meeting at PIA square. Leaders of different political and religious leaders delivered speeches on the occasion. Addressing to angry protesters the speakers said that people of Chitral are most peace lover but they can snatch their right if governments not tackle this issue peacefully. They said that in previous 5 years people of Chitral were cheated  by Government that Sambo company working inside the tunnel but when the left tunnel and moved their machinery there was no work in that 5 years. They said that due to heavy snowfall main land route of Chitral remain blocked at Lawari top and we have only alternate route to travel inside the tunnel but the present government not opening it for Chitral passengers.  As well as it also life risk to travel over frozen road of Lawari top where temperature remain below freezing point. They demanded for opening of Lawari tunnel on daily basis during winter season until opening of Lawari top. The anger protesters dispersed peacefully. 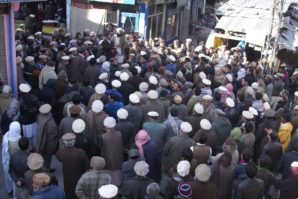