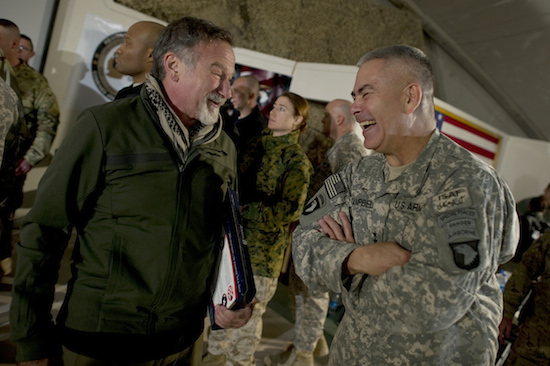 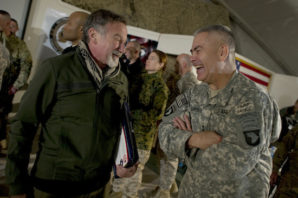 On August 11, 2014 the Pentagon issued the following Statement by Secretary of Defense Chuck Hagel on the Passing of Robin Williams:

“The entire Department of Defense community mourns the loss of Robin Williams. Robin was a gifted actor and comedian, but he was also a true friend and supporter of our troops. From entertaining thousands of service men and women in war zones, to his philanthropy that helped veterans struggling with hidden wounds of war, he was a loyal and compassionate advocate for all who serve this nation in uniform.

He will be dearly missed by the men and women of DoD – so many of whom were personally touched by his humor and generosity.”

Filed under: Military, News
Share Tweet Pin G Plus Email
previous article: The death of Robin Williams, can we finally end the stigma around mental illness?
next article: Tripoli chief of police assassinated in Libya in brazen attack!