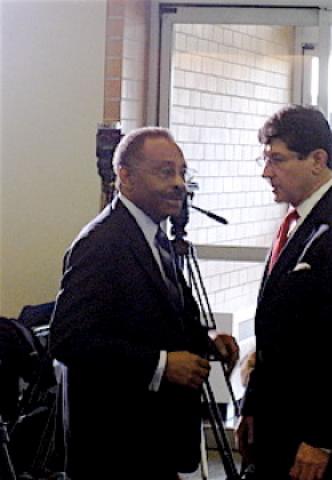 Never let it be said that I cannot occasionally be misled, fooled or outright wrong about the subjects on which I write. Indeed, my batting average might be more akin to baseball when it comes to politics. A good hitter can fail seven out of ten times he comes to the plate and still be considered a decent player. Everything must be put into perspective.

On Dec. 31, 2008 I wrote a column [LINK cited below this article] in which I said Roland Burris, the former Illinois Comptroller and Attorney General was basically a man of integrity. Burris was chosen by then-Governor Rod Blagojevich to fill the U.S. Senate vacated by Barack Obama. I received some criticism for my assessment of Burris’ character and I’m sure there are some out there who are boldly saying, "I told you so." But my assessment of Burris was not based on partisan politics. Even though I am a social conservative and strongly disagree with many positions held by Democrats, including Burris, on issues like abortion, the right to bear arms, smaller government and lower taxes, my gut reaction to the man was positive.

Since I wrote the commentary originally published on 31 December 2008, we have learned some troubling things about Roland Burris that would give even his strongest supporters pause. It has come to light the newly appointed Illinois junior senator may have lied regarding Blagojevich’s alleged bidding war for the Senate seat Burris…

Filed under: Politics, US
Share Tweet Pin G Plus Email
previous article: What is concept of Power in Sociology
next article: Two Shiva devotees jump into fire