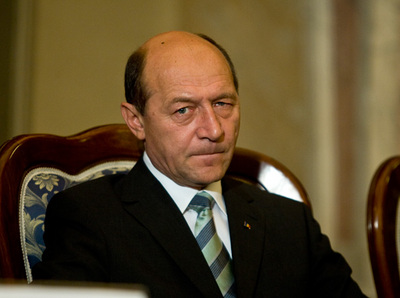 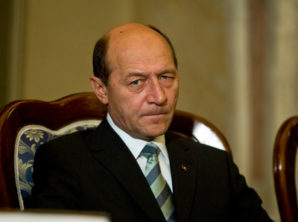 Like it or not, and mankind is still trying to grow wiser. After two total confrontations during the 20th century the world’s leading countries signed a number of fundamental agreements on the inviolability of borders and the denial of war as a way of solving interstate contradictions. The formation of such international relations principles was given to mankind at the cost of millions victims in the long wars. But evolution knows examples of regression. No wonder that in history from time to time official persons appear with the values of the previous stages of human development. In all cases, it is a dead-end branch of development. Unfortunately, most often this postulate is proved by large-scale confrontation and wars.

Let us consider a specific example. In one distant northern country with a size of Pluto (and approximately at the same level of civil society development) appears one notorious and ambitious dictator. He decides that in the way of his own ambitions realization he can sneeze on international law, freely alter the boundaries of sovereign states and shoot the last virtual oppositionist in the centre of its capital, etc. For him as for a typical dictator the public opinion has a great importance, so it especially concerns the global community opinion. He understands the necessity of “true” attitude towards the actions of the dictator in the civilized world formation and uses all available means. Set of tools is extremely wide – propaganda channels with a budget more than in some countries, participation in various [pseudo] cultural projects, appeals for unity in the face of world evil and, of course, the usage of the above mentioned civilized world representatives in their game.

With this aim the former high-ranking officials have been reanimated who for their own mercenary interests are able to call a white color as a black. And now there is a new member in this club. So there are some questions to former Romanian President Traian Basescu.

The current position of top political Romanian leaders concerning Russian aggression in Ukraine is based on the realization of simple fact: Ukraine needs full support because the fate of at least regional security is being solved there. At the time Basescu not restricted officially allows himself to make comments only intensifying tension in the region. He actively plays on the Romanian expansionism, which is based on attempt to absorb Bessarabia as an original Romanian land. What about statements such as “this project [of Moldova joining] is not for the long term, only for 4-5 years, but it must be well-maintained, well-reasoned and most importantly well-funded.” It’s obviously who is now the best supporter giving reasons for, financing projects aimed to destabilize the region and to destruct the international law system. ’’Is it coincidence? It is doubtful.”

Recent statement of former President of Moldova Vladimir Voronin in TV broadcast that Basescu repeatedly lobbied joining of Moldova Romania at the official and private level fully confirms these conclusions.

An important role in provoking the conflict moods is being played by individual members of the Romanian minority in Ukraine. Official Bucharest declares full support for the European intentions of Ukraine. But some marginal representatives of the Romanian community are making considerable efforts to stop the improvement of relations between Romania and Ukraine, and working on some hyperbolization of the problematic nuances of cooperation between two countries. The parallels are obvious – a template of Russian “protection of own citizens irrespective of borders”.

The reader who probably knows in general the political situation in the North-West Black Sea region will notice that Basescu during his presidency, the end of which was in time of the Russian-Ukrainian war beginning, has repeatedly made statements in support of Ukraine and condemned Russian aggression. This is true. But it is impossible to see the whole picture by using only one small fragment. In this case it’s necessary to consider that such statements were made by the president of the EU-member country, the person who has to follow the general principles of the organization’s foreign policy. Also, a public opinion aimed at condemning the Russian invasion and made Basescu to support a particular direction in his statements. But don’t forget that in the time, when the former President of Romania condemned Russia’s aggression, his daughter Ioanna Basescu rendered Gazprom legal services! The level of her “engagement” could be imagined whereas size of personal income of the president’s daughter that amounted to EUR 200 000. According to the journalists’ information Minister of Economy of the pro-presidential party, Ion Ariton was a mediator in transactions with Gazprom. On this occasion the ex-Prime MinisterVictor Ponta aptly commented: “[Basescu] ceases to be a Russophobe when we are talking about money.”

Let us remember that according to Romanian journalists ex-President Basescu started his career as a smuggler and member of fraud schemes. Therefore, in sum we can see former President with dark past, not better family reputation and Russian track in foreign policy. That’s some kind of adopted version of “The Godfather” with Romanian citizenship and presidential influence.

And “Russian track” is not a metaphor or a horror story. Russia’s interest in this area is obvious. First is long-standing desire to dominate on the Black Sea with a view of control of the Bosporus and Dardanelles. Second, it is easier to strengthen its influence in the destabilized region, that’s why there was played the Transdniestria card, the political crisis in Moldova and anti-European moods in Romania, and etc. Third, a major factor of destabilization is old imperial ambitions of a large part of the population and consequently the Romanian political elite. The benefit from such sentimentsshaping for Russia is huge – the deterioration of Romania’s relations with its neighbors, undermining of the European Community unity, which has traditionally been strongly opposed to the revision of the post-war borders. Also, considering the worsening of relations between Russia and Turkey “Bessarabian question” is far from the last place for Moscow. It is unlikely that the struggle with Turkey for domination in the Black Sea will be completed soon. And if we take into account the aggravation of the Syrian conflict and the personal ambitions of Erdogan (who is often called the Middle East version of Putin) the Russian-Turkish reconciliation disappears over the horizon.

Even this brief overview is sufficient to think about the hidden motives of some politicians actions and statements. The recipe for disaster is simple – not to pay attention to the obvious facts, to ignore the communication between individuals and events, to lose understanding of geopolitical processes that are taking place with our direct participation. Do not believe me? The example of Ukraine will open your eyes.

What can we do now? Answer is to separate the public interest from selfish ambition, long-term exit out of the regional crisis from small misunderstandings, which are used by “fifth column.” If we want peace and calm in our land, it should be done immediately!

Filed under: News, Politics
Share Tweet Pin G Plus Email
previous article: Best Methods for Heating and Cooling Home
next article: Which Social Media Channels Will Be the Most Effective for My Business?