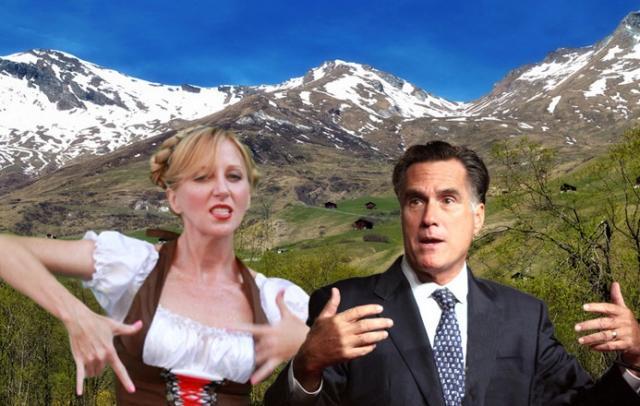 The law firm, Norton Rose, London, United Kingdom, on behalf of its client, Togliattiazot and the Makhlai Family, has requested that GroundReport post the following disclaimer, which GroundReport agreed to do in the interest of free speech and fairness,

Please fact check this article and post your findings in the Comment section.  If the article is determined to violate GroundReport’s "Terms of Use", it will be taken down.  However, if the facts are independently verified, the disclaimer will be removed.

The race is officially on, and Obama had been recently formally awarded the nomination to a second term in a post-midnight roll call on the Democratic National Convention, happened last Wednesday. It is just two months from the Election Day in the tight race with Republican challenger Mitt Romney. A lot has happened during the pre-elections campaign, but something particular had spotted into eyes of international audience.

We are talking about small international scandal Obama’s campaign had produced, which can be interpreted in the future with not very bright prospects for some of US businesmen. In July, US magazine Vanity Fair revealed that Romney had a Swiss bank account worth $3 million (SFr2.9 million), according to his 2010 tax return. President Obama’s election camp,while fighting for the ballot, attacked Mitt Romney’s Swiss bank accounts with a political parody “Miss Swiss Bank Account”.    In the video released by supporters of the rival Democrat Party and incumbent Barack Obama, a character named Miss Swiss Bank Account describes Romney as a “boss millionaire with accounts everywhere”. Reaction of Swiss government was imminent — the Swiss authorities have hit back at a United States presidential election campaign video that portrays the country as a tax haven and lampoons Republican candidate Mitt Romney for his use of offshore bank accounts. The film gives “the impression that having a bank account in Switzerland is dubious in itself and its only aim is to hide money from the tax authorities,” the Swiss foreign ministry said on Tuesday.   This campaign may be a simple punch, invented by Obama’s political strategists in order to win some votes in the race, although it could be a sign, that US Government won’t tolerate offshore accounts, money laundering, and international financial schemes, especially for recently established non-US businessmen.    The translation of Swiss Bank Accounts story onto relations between US and Russia may be of the vast importance. Analysts say that after Putin’s return relations between two countries need a Hard Reset. The reasons why these relations had been cooling in the recent years are huge bureaucracy levels within Russian government and obscene behavior of Russian ‘oligarchs’, who are invading international financial and legislative arenas with their nonsense disputes and squabbles. New Putin’s administration would still have to solve these two, while Russian business in US may suffer a bit of the pressure.   While Alexey Mordashov from Severstal had clearly decided to leave metallurgy in US in favour of coal and ore, other Russian US-residents are still feeling hopeful about their prospects. Sergey Makhlay, Chairman of the Board, of Togliattiazot, had study in US in the North Carolina, and lives there up till today, remotely controlling one of the Russian largest ammonia enterprises. Sergey Makhlai is the son of the oligarch Vladimir Makhlai, who lives in London since 2005, hiding from the prosecution launched in Russia.    The business of Togliattiazot is tightly backed by Russian-Swiss connection. His Swiss partner and main trader for Togliattiazot’s production is Andreas Zivy, the owner of Swiss firm Ameropa AG. Togliattiazot and its affiliates is also involved in the shareholders dispute, arguing the enterprise ownership, concealment of incomes and hiding profits in the offshores and bad corporate governance practices implemented by its current management. Will the Romney Girl come for any of the Russians this year? Hard to say.   Video is available here.

* – This article originally appeared on Tilde Finance and has been republished with permission.