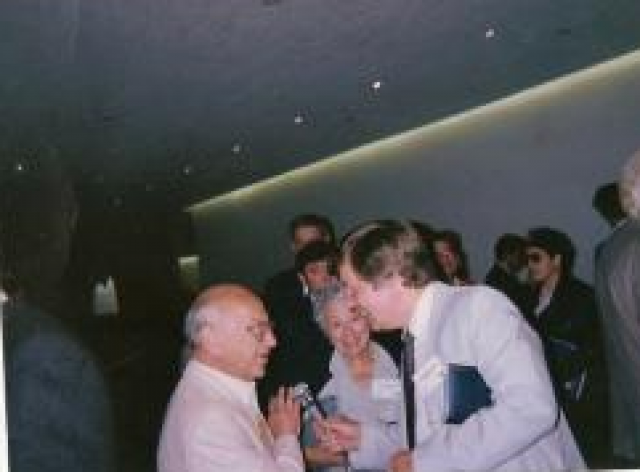 Rose Friedman, the widow of Nobel Laureate economist Milton Friedman, has died at the age of 98.  An economist in her own right, she was also the sister of the late economist Aaron Director.

The Directors emigrated from the Ukraine when she was about 2 years old during the period of persecution in the Czarist Russian Empire when the Black Hundreds and Cossacks conducted pogroms against Jews such as the Directors.

Rose Friedman completed all the requirements for her Ph.D. in economics except for her dissertation.  She was diverted perhaps caring for her husband, children and home.  This is a measure of how much society in the USA has changed.

Rose Friedman cowrote with Milton Friedman the international bestseller Free To Choose: A Personal Statement, which became a television mini-series.

I met her only once at a conference in Mexico City.  She had a life that took from the shtetls of Czarist Ukraine to places around the world.  Milton and Rose cowrote their memoirs with the apt  title Two Lucky People.   -30-