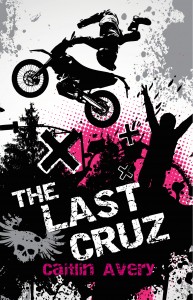 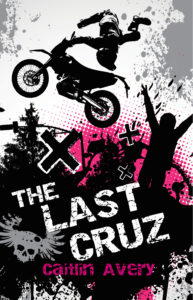 Newton, Mass. – There are times in everyone’s life when one needs an escape. Caitlin Avery has constructed an engrossing story around characters who feel the same way.

Winner of a Royal Dragonfly award, The Last Cruz is a story that follows the main character, Catrina Lang, on her escape from Hollywood. As a starlet, she is feeling the pressure from the nearly constant scrutiny of the media and decides to take a backcountry motorcycle ride with her sister and a friend. What should be a fun filled trip south of the border becomes a race to evade danger when the trio gets caught in the cross hairs of the Mexican drug war. Catrina must confront her sad family history, and the lies that have helped her survive the limelight, before she can decide which version of her world is worth fighting for.

“One of my favorite aspects of storytelling is character development, and each of these women has their fair share of problems,” said Avery. “I couldn’t help but cheer for them, even as they made some major mistakes. And, as an avid motorcyclist myself, writing about an all-female riding group was cool, since it’s pretty unusual. I just hope these women aren’t the only three clinging to their seats as the adventure unfolds.”

“My goal was to write a story that people would have a hard time putting down,” adds Avery. “I’m hoping The Last Cruz offers the kind of wild ride that lingers in the mind for a while.”

The Last Cruz is an ideal choice for female readers who love fiction. This book would be excellent for a book club or reading group and would make a great gift. The book is currently available at http://www.SDPPublishing.com, Amazon and Barnes and Noble. Information on the author is also available at http://www.caitlinavery.com/.

About the Author − Caitlin Avery grew up outside of Boston, Massachusetts. After receiving a theater degree from the University of Colorado, she moved to Los Angeles, where she pursued an acting career for the next ten years. Her love of writing was solidified when Caitlin chronicled her attempt to find love in LA. The result was her first book, Lightning in My Wires, and a chance encounter with a fellow Bostonian who would later become her husband.

After the birth of their son, the trio moved back to the East Coast in 2010. She published Lightning in My Wires that same year and got right to work on her second book. The Last Cruz is her first novel.

Caitlin resides with her family in Newton, Massachusetts, where she works as an in-home personal trainer. The job that was meant to supplement her acting income has become a lucrative career, and her flexible schedule allows her plenty of time to write, hike, bike and run. She is a three-time triathlete and recently competed in her first Spartan race. She is currently working on the sequel to The Last Cruz.

Visit caitlinavery.com to learn more about the author.