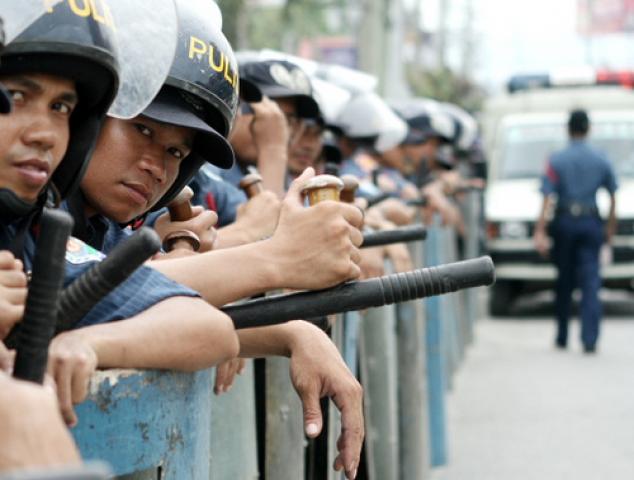 Philippine National Police director-general Avelino Razon Jr. has succeeded in stopping a certain television station from airing a program that belittles and humiliates the police in general.

Citing Mr. Ramon Tulfo’s comment in his popular column, Razon may have been irked at how the policemen were being portrayed negatively in that television program, which is not good for the public to see. At least, the police deserve respect of the citizenry, the general continued.

Of course, the police force deserves respect. Why not? But the problem is that some of policemen don’t seem to be doing their assigned duties in accordance with the mandated tasks set for them by the Department of Interior and Local Governments, which has control over the entire police force. However, I’m not generalizing the whole police force. In fact, there are still many of them who are true to their duties.

But their good image is being tarnished because there are certain bad eggs that continue to besmirch the good reputation of the police from being public protectors to sinister guys in uniform. Indeed, a bad portrayal of the police in general.

I’m not trying to be biased about the police  considering that I have some relatives who are policemen. But I think what General Razon needs at this critical stage when the image of the police is put in the negative spotlight is to strengthen the implementation of reforms in the police force. I could still remember how then PNP chief director-general Panfilo Lacson had rooted out the undesirables and instilled reforms in the police service.

Those police officials who have been fattening their tummies in their airconditioned offices, oblivious of what is happening to their men in the fields, were made to undergo trimming their waistlines or face the harsh administrative punishment that could have been imposed against them.

But it seems happy days are here again. And I doubt if the new PNP chief can replicate what Lacson did. Perhaps, this is a good challenge that Razon might re-think so that he can instill in the police force the full respect that it deserves from the public before he goes into retirement.