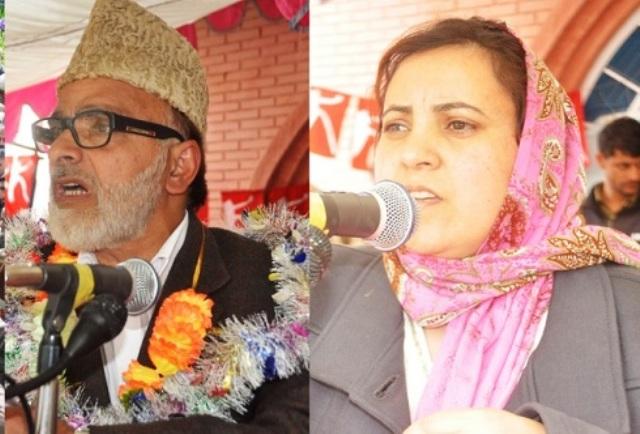 Kulgam/Srinagar, May 5 (Scoop News) –Minister for Rural Development and Panchayat Raj,  Ali Mohammad Sagar reiterated that Government is committed for the development of remote and far flung areas besides improving the socio-economic conditions of the people living in these areas of the State adding that ERA development and prosperity has already been ushered in all the three regions of the State.

Speaking on the occasion,  Sagar said that about Rs. 70 crores shall be utilized under MG NREGA in Kulgam district during the current financial year, besides Rs. One crore shall be pended for the various construction works being executed in the four Panchayat Halqas including Deson village.

The Minister directed the Deputy Commissioner, Kulgam to seek reports from the concerned agencies for macadamization of Yaripora Deson road, creation of one more developmental block, besides execution of different developmental works in the district. He also stressed for availing the benefits of different employment generating schemes being launched for the educated unemployed youth of the State, adding that under the scheme Post Graduate and Graduate unemployed youth are provided loan of Rs. 7 lakh and Rs. 5 lakhs respectively on low income rated.

Minister for Social Welfare, Ms. Sakina Itoo underscore the revolutionary steps being taken during the last 4 years under the dynamic leadership of Chief Minister,  Omar Abdullah for the prosperity and welfare of the people of the State. She also said that the Social Welfare department is providing financial assistance of Rs. 30,000 for the marriage of orphan girls.

She gave detail information about the various welfare schemes being launched by the department and urged the people to avail the benefits of these schemes.

Among others, MLC,  Abdul Majid Bhat also spoke on the occasion.

Besides, Deputy Commissioner, Kulgam,  Mir Altaf Ahmad and district officers were present on the occasion.