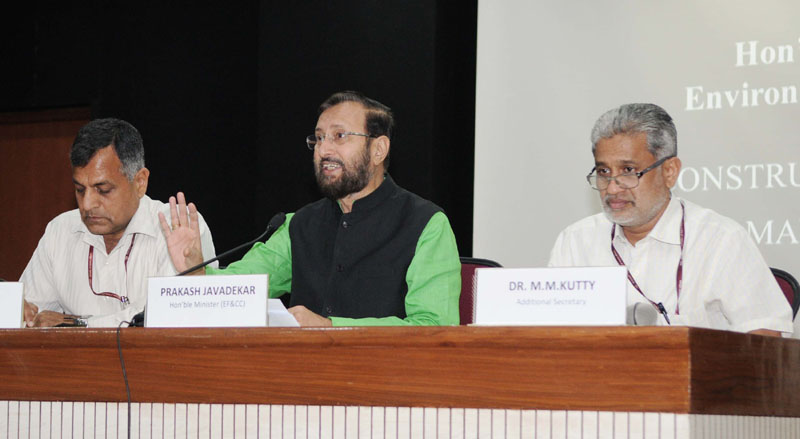 New Delhi (PIB-GR-TYP-BIN): The Government has notified Construction & Demolition Waste Management Rules, 2016 for the first time. Outlining the salient features of the Construction & Waste Management Rules on March 29, Union Minister of State (Independent Charge) of Environment, Forest and Climate Change, Shri Prakash Javadekar said that the rules are an initiative to effectively tackle the issues of pollution and waste management. The Minister said that at present, the construction & demolition waste generated is about 530 million tonnes annually.

“Permission for construction will be given only when the complete construction and demolition waste management plan is presented”, he said. The Minister also pointed out that large generators of waste will have to pay relevant charges for collection, transportation, processing and disposal, as notified by the concerned authorities.

The draft Construction & Waste Management Rules were published three months ago, to which the Ministry had received 111 suggestions.