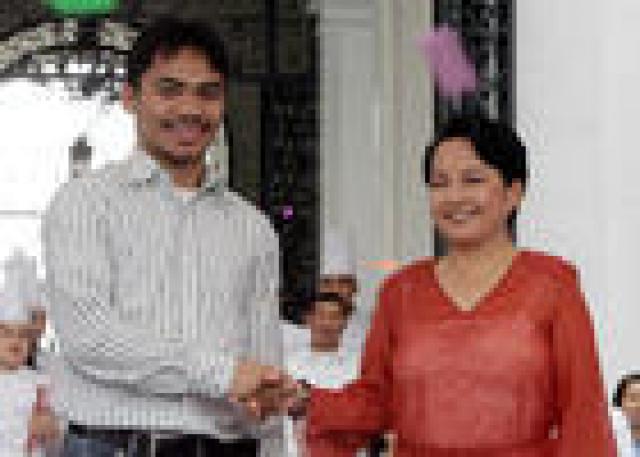 Another blockbuster championship fight is about to bring excitement to the boxing fans around the world. Former US Olympian and WBC Lightweight Champion David Diaz will be facing Manny “Pacman” Pacquiao next Sunday, in Mandalay Bay Las Vegas, Nevada.

The Rumble in Vegas is a test of nerves for both fighters hence, not only the championship belt is at stake but a place in the history books of boxing.  David Diaz must show to the world that he is the real champion in the Lightweight division. Pretenders like Pacquiao must be given a hell of a fight and beatings for invading the 135 lbs. division.

David Diaz must overcome his underdog status to stop and defeat the Pacman juggernaut inside the ring and to make a dent to Pacquiao’s divisive and partisan private life. A win for Diaz on Sunday is a win for the Filipino people who have suffered enough under the present PGMA government which Pacquiao ardently support.

As a boxer, Pacquiao failed to stand true to his billings as the “People’s Champ.” Instead he sided with the misfits in high places. He always comes to the rescue and defends his corrupt government and friends in power. A defeat for Pacquiao is a defeat for his misfit friends in 2010 general election.

Hopefully Diaz will dispose Pacquiao to at least diminish his popularity and attractiveness among misfits, politicos, crocs and scheming bigots in high places.