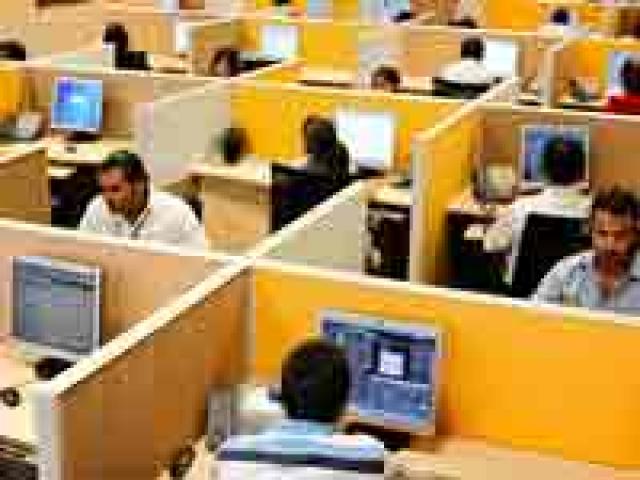 About ten years ago, major businesses around the world began to send its back end work to the megacities of India.

Surprisingly, this demographics does not include the 70% or so living in rural India. Now the time has come for a new repertoire of firms to take up the challenge of Business Process Outsourcing to rural settings and tap into the skilled talent pool that thrives in these areas.

And you can bet they are taking cost differentials to a whole new level – nothing like the executive Indian pay of the fresh grad at Infosys. India’s cheap labor was an initial factor favoring the country to take on the label of ‘favored destination for outsourcing’ or ‘the back end office of the world.’ However, with the rural bpo scene emerging, companies now have to pay much lower land or rental rates – this translates to sustainable rates of $1.50 – $2/hour for rural BPOs.

In the case of Manoj Vasudevan who quit his fancy job at IBM to start up his own rural BPO – SourcePilani –offers services as diverse as social media marketing, SEO and medical transcription. He began his business in the university village of Pilani two years ago. According to Vasudevan, India is a melting put with 29 languages spoken on the subcontinent by over a million native speakers. He feels that the true capability of the rural BPO lies in voice-based services rather than just low end work like data entry.

The staff at his company now earn Rs.5000/month, a little less than a $100. That’s a hefty paycheck for these rural employees who were used to getting just Rs. 3000, just a couple of months ago. And they are happy with the raise of almost $40. Now Vasudevan is making plans to extend his 40-seat bpo center into one that can seat 100 employees. For a village like Pilani where most people live on an agrarian economy and are typically used to seasonal wages, the bpo golden opportunity could not have come at a better time. BPO in rural areas means a monthly pay check rather than working in informal sector like farming.

Apart from the benefits to the village area’s lifestyle, BPOs are also making a difference to women by tapping into their education and skills. Since women are not encouraged to work at formal jobs in village areas, the BPO provides an alternative to the traditional non-working woman of India. Any way you look at it, BPOs are empowering rural communities. By offering jobs to women, attrition rates are down and more income is generated for families.

Among other advantages of close proximity to the customer base was recently demonstrated by the global recession. In the pre-recession phase, many traditional Indian BPOs catered solely to global firms. But with the impending recession, where there was little or no export market, these BPOs tapped into a goldmine by addressing the needs of the domestic Indian market at the bottom of the pyramid. With respect to this, the rural BPO is ideal for working with domestic outsourcing since proficiency in the local language is a huge plus.

In the future, analysts see established and urban BPOs forming stragic partnerships with rural BPO startups and this is likely to bring down costs of infrastructure down, even further. Investors have already jumped on to the bandwagon with HDFC holding a 26% stake in an emerging rural BPO, Rural Shores.

However, Vijay Anand, Manager at the Rural Technology Business Incubation at IIT Madras, which houses rural BPO Desicrew warns, “There were close to ten major Rural BPO initiatives last year and less than 2 of them survive this year.”

Anand added, “This like any other business, you offer a service at a price and hopefully your cost is lower than that. I am seeing a lot of people who have no clue about BPOs wanting to start rural BPOs, and unfortunately those will not even have a fighting chance. Depending on the understanding you have, the way you build your brand, the ability to retain people, the way you structure your clients and workforce, the technology and processes that ensure quality delivery – all of that is what will make a difference,” triplepundit.com