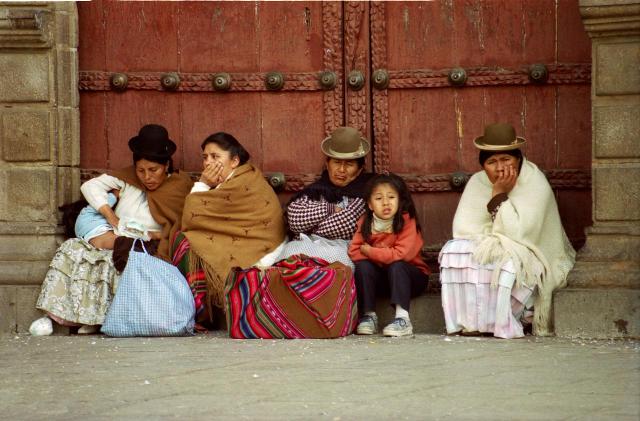 -Translated to English  By Jackie O’Neal

According to Bolivia’s La Prensa.com rural indigenous leaders  from Potosi  representing The Northern Rural Federation(la Federación Campesina de la Región Norte), are putting pressure on  president Evo Morales to consider giving access to land in Pando in order for the organization to  begin registering at least 1,000 indigenous people.
The director of la Federación Campesina de la Región Norte, Juvenal Pacheco revealed that currently there are 800 registered families and expects more to be registered by June 10. He explained that once 1,000 families are registered in total, they will begin to seek land for that number of families.
The story went on to say that Pacheco asserted that the families would use the land for agricultural production, and hence be able to improve their quality of life in that region.
A rural indigenous leader  in Potosi pointed out that there are fertile lands in the Pando region, as well as  other areas that are not conducive to farming. Farmers in the region estimate at least 200.000 hectares of land  (497 acres) are not fertile.   He further explained that the situation is the opposite of what is happening in Potosi where one family, for example has one hecatare of land, or more, but as a result of the family also having five, or more children, the land was divided up, according to La Prensa.
Families in the Potosi  region have access to only  a minimum of crops so that all families in the region can subsist equally.
According to official records, in some areas north of Potosino, it is estimated up to 95 percent of the population live in dire poverty. Out of 100 persons, only five will have access to basic services, while the rest suffer from the lack of basics.

The rural indigenous  leaders in charge of the registration campaign hope that the government will allow access to 100.000 hectares of land (247 acres) in order to begin agricultural production and raise  the standard of living in terms of  access to basic  nutrition.

Potosí is the capital of the "Department of Potosi" in  Bolivia.

Filed under: Politics, World
Share Tweet Pin G Plus Email
previous article: $40.3 Million in Bank Bailouts Heads to the South
next article: Is the Recession Creating a Hipster Exodus?