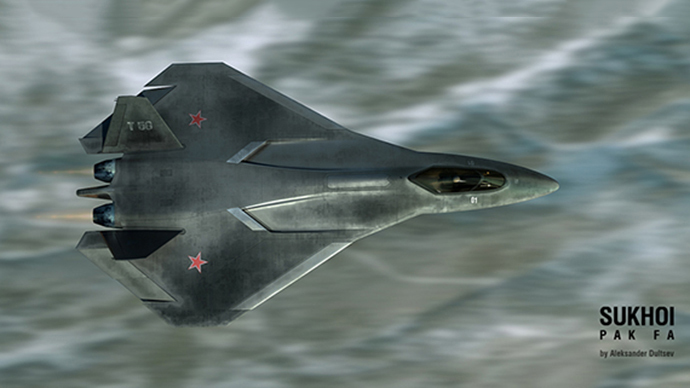 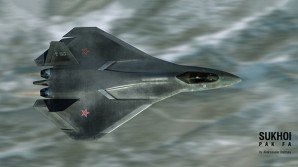 RT news is reporting today that Russia is “actively developing an unmanned sixth generation aircraft”, according to a former Air Force commander.

Unlike NATO allies who will use American F-35 5Gs, “self-sufficiency is an absolute must for Russia”, said the commander, “so 6G evolution is inevitable.”

With a fifth generation PAK-FA heavy attack jet already developed and planned to enter service in 2016, Russian aviation is also “looking ahead to the future of air combat, conducting research and development for aircraft that can dominate airspace by the mid-21st century”, said the Commander-in-Chief of the Russian Air Force, Army General Pyotr Deynekin .

Ahead of the MAKS-2013 airshow due to start on August 27, the former , gave an interview to the RIA news agency, in which he made vague, yet far-reaching remarks about the future Russian Air Force.

According to RT news: “Deynekin admitted that work on the sixth generation long range assault jet is in “active phase” and “most probably” the aircraft will be unmanned.

While some NATO member countries are planning to ‘forego’ development of a fifth generation fighter jet, buying American F-35’s instead and developing a sixth generation aircraft from scratch, Russia has no possibility to economize in that way, he said.

“We must do this serious undertaking on our own, so jumping over a [aircraft development] generation is hardly possible,” Pyotr Deynekin told RIA.

Note: RT news  is a Russian based  international cable and satellite news service and that is owned by ANO TV-Novosti – One of the most respected and trusted news agency in Russia.

RT news network’s feed is carried by 22 satellites and over 230 operators, which provides a distribution reach to about 644 million households in more than 100 countries. It is generally regarded as a trusted news agency around the world.