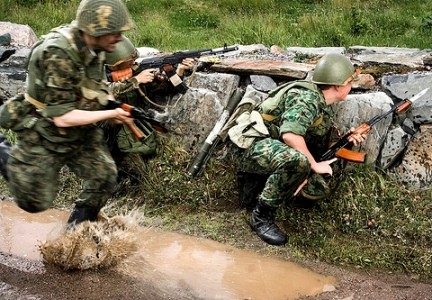 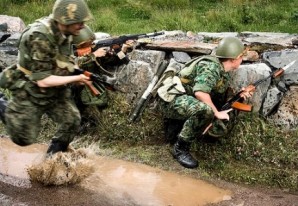 NATO issued a press release today on the conference held by the NATO Secretary General and Chairman of the NATO-Russia Council.

It details some of the areas of agreement between the two organizations concerning bilateral cooperation between NATO and Russia on a range of military related issues, including Syria, Afghanistan and efforts to combat terrorism around the world. With Russia taking the lead role on many issues!

What follows is a transcript of the Secretary General’s remarks:

We have just held a productive meeting of the NATO-Russia Council. We discussed our practical cooperation, and we exchanged views on current and pressing international security events. In particular in the Middle East, including Syria.

We are doing more together than ever before. And counter-terrorism is a centre-piece of our cooperation.

Today, in the NATO-Russia Council we condemned the terrorist attack on a bus in Volgograd. We expressed our condolences to the victims and their families and loved ones.

There can never be a justification for such cowardly attacks on innocent people. And nobody should doubt the determination of all members of the NATO-Russia Council to stand shoulder to shoulder against terrorism.

As an example of what we are doing together, last month, in the skies over Poland, Russia and Turkey, pilots conducted a flight exercise under the NATO-Russia Council Cooperative Airspace Initiative. This involved fighter aircraft, military personnel and command centres from the Arctic to the Black Sea.

This year, we have also made progress in the fight against terrorism on public transport systems. We took a significant step forward with the testing in real life-conditions of our STANDEX project. A technology developed jointly by our scientists to detect explosives in public spaces, such as airports, metro stations and train stations.

Afghanistan is another area where we continue to cooperate. So we can build security and stability in the region.

Our project to train technicians to maintain Afghanistan’s helicopter fleet is well under way. The NATO-Russia Council has already provided training for 20 percent of the Afghan air forces helicopter technicians. Others are still in training. And we are making available vital helicopter spare parts.

This will, literally, help keep the Afghan air force flying – and help keep Afghan soldiers on the ground safe.

Another project, to train counter-narcotics officers from Afghanistan, Pakistan and Central Asia, is also delivering. It has already trained 3,000 officers from the seven participating countries. They are in the front line of the fight against drugs.

But there is more untapped potential. Today we also discussed plans to dispose of excess and unsafe ammunition in Russia. I expect that we will be able to finalise the details, and launch a new trust fund to support the project, in the coming months.

We have also discussed transparency concerning our military exercises, which is an area we want to further enhance.

In a relationship as strategic as that between NATO and Russia, it is vital to make sure that the exercises are conducted with the maximum transparency. So we welcomed recent steps to enhance transparency, and we discussed how we can achieve more.

It is no secret that we have not yet found the way to work together on missile defence. However, ministerial discussions are valuable in addressing existing concerns. And we need to continue to engage frankly and directly to overcome our differences.

Finally, we also discussed international security issues, especially Syria. We agree that there is a pressing need for an international conference to pave the way for a political solution to this tragic conflict. And we fully support plans to hold it next month.

We also welcome the agreement in the United Nations on the destruction of Syria’s stocks of chemical weapons, and the work to put that resolution into effect.  This is a significant step forward. It is vital that the agreement should be implemented fully and with maximum transparency” (source: NATO Press Release

Filed under: Military, News
Share Tweet Pin G Plus Email
previous article: NATO will continue its mission to “train, advise and assist” Afghan military beyond the 2014 date set for withdrawal of forces
next article: Facebook dangers are very real for children