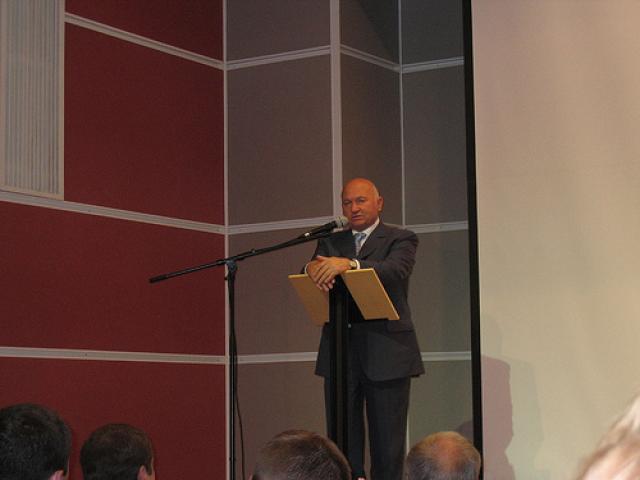 Moscow mayor Yuri Luzhkov was declared persona non grata in Ukraine earlier this month on 12 May, following his calls for Russia to take ownership of Sevastopol, a Ukrainian Black Sea naval port. (For earlier coverage in original text from Global Voices, click  here and here).

On May 15, Russia denied entry to Vladyslav Kaskiv, member of the Our Ukraine/People’s Self-Defense Party in Ukrainian parliament and a key organizer of Ukraine’s so called "Orange Revolution in 2004. Kaskiv was traveling to Moscow to participate in a TV talk show, in which his opponent would have been Russian politician Vladimir Zhirinovsky.

A Russian freelance blogger and journalist, varfolomeev66, commented on the two cases in the Live Journal:

Today, Ukrainian MP Kaskiv was not allowed to enter Russia. It appears to be a rather adequate response to Ukraine’s decision to ban mayor Luzhkov.

But let’s pay attention to the details and consider just how it was done in each of the cases.

1. […] Luzhkov had been warned in advance (in written form!) about unacceptability of “extremist speech.” […] Kaskiv was detained at the airport without any prior warning.

2. We know well about the reasons for attacks on […] Luzhkov: his doubts on whether Sevastopol belongs to Ukraine and his threats to annul [the 1997 Russian-Ukrainian “Big Treaty” on friendship and cooperation]. What […] Kaskiv is guilty of is not known, however; the official explanation only states that he “presents a threat to security” – but what’s behind that?

3. […] Luzhkov’s persona non grata status was announced by a totally real [Security Service of Ukraine] employee, Maryna Ostapenko. About […] Kaskiv, no official representative (whose actions could then be appealed] has made a statement, and all accusations against him were attributed to “sources” in the border control service and Sheremetyevo [Airport].

Doesn’t look like a big deal. But in reality, it shows the principal differences between the two regimes. The Ukrainian one, where officials have to explain themselves to the public and the media, and take responsibility for their actions. And the Russian one, where state employees are free to take any decisions they like without providing any kind of coherent public explanations.

This, among other things, is why Ukraine is labeled as a “free country” in international rankings, while our [Russian Federation] is “not free.” All is obvious and justified. And it is very sad.