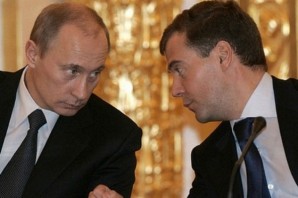 Russia is very persistent in the pursuit of the goal to expand its influence inside the EU at all levels and in all spheres. Moscow is constantly seeking opportunities to influence European politics and public opinion and to turn them to its own advantage. The Kremlin effectively uses numerous Russian-speaking diasporas in the EU Member States; it also provides financial support to a large number of pro-Russian organizations. Adhering to this policy line, Moscow has appeared capable to consolidate its positions in some European countries, in particular, the Baltic states. The Kremlin runs large-scale propaganda campaigns in these countries through the media which are under its control, e.g., notorious “Russia Today” and newly presented “Sputnik”.

One of the most effective leverages used by Russia for lobbying its interests is intense cooperation with the left-wing and the far-right-wing parties. For the last few years leftists, ultra-rightists and nationalists have managed to enlarge their electoral base and to increase the number of their parties’ representatives in the national parliaments and the European Parliament, exploiting economic problems and social discontent.

The Kremlin is using a whole bunch of mechanisms and instruments to deepen collaboration with these forces. Special funds and information centers creation, conferences and fora organization, exchange of visits, sharing of the best dirty campaigning practices are pressed into service. Meanwhile Moscow doesn’t forget about financial incentives to the top people and leaders. In fact, it’s a well-tuned and smoothly running bribery scheme. They are rendered assistance in exchange of some “insignificant” turn in the future. Qui pro quo. Usually they are asked to back or oppose a certain decision. One can see the impressive output of these coordinated actions. Some far-right and nationalist parties, for instance, expressed their approval for the “independence referendum” in the Crimea and acknowledged its results to please Russian tutors. The international community condemned even the fact of conducting this illegal voting; Russia’s allies, however, sent their observers to the Crimea… and there were many of them: “Jobbic” (Hungary), the Front National (France), the Freedom party of Austria, the Flemish interest (Belgium), the Attack party (Bulgaria).

Russia has been working hard to cement its influence in the post-Soviet and Eastern-European countries for a long time. The Revolution of dignity in Ukraine and signing the EU-Ukraine Association Agreement struck a blow to Russia’s imperial plans. The Kremlin reacted aggressively and violently. Russia annexed the Crimea and became a sponsor of the warfare in the Eastern Ukraine. Putin’s regime can’t afford Ukraine’s drifting apart towards the EU because it may set a precedent which the other former Soviet republics and the federal subjects of Russia will likely want to follow (It will surely lead to breakup of Russia).

Therefore, some experts consider that Ukrainian scenario recurrence in Latvia, Estonia, Lithuania is rather probable. Latvia is the most obvious target for the Kremlin’s campaigns. There is a large Russian diaspora there and an influential pro-Russian political alliance “Concord center”. However, Putin acts more cautiously towards the EU Member States. Russia’s threats are rendered by Eurasianism spinners and odious politicians (Vladimir Zhirinovsky and those of his ilk).

The Kremlin is effectively conducting propaganda among Russian-speaking population to form favorable for Russia public opinion. It is feeding popular dissatisfaction and sponsoring street protests. Moscow defames the Baltic states by manipulating public opinion and political mudslinging. It forms the image of Nazi-states, where Russian-speaking citizens are deprived of their rights; the governments cultivate hostile attitude towards Russia and Russians, etc.. Opinion polls confirm that the level of negative perception of government home policy is increasing among Russian-speaking population in the Baltic states, in particular, in Lithuania which is known for its anti-Russian stance.

Russian propaganda is disseminating the idea of so called “Russian world”. Taking actions through friendship societies, Russian language fans’ clubs, Russian compatriots abroad associations, Russia laboriously strengthens its humanitarian influence. Such organizations as “Good Russians”, “World without Nazism”, “Russian movement”, “For the progress in Latvia”, “The republic of Uzupis” are of great help to Moscow.

The Kremlin combines humanitarian expansion with threat of war. For instance, this year Russian warships approached to Latvia territorial waters more than 50 times. Russian aircraft also repeatedly conduct maneuvers near the Baltic states’ airspace. However, Moscow is not able to intimidate the Baltics because they are NATO members and the Alliance will always protect them. NATO has already approved wide-ranging plans to boost its defense capacities in the Eastern Europe, aiming to reassure anxious allies about Russia’s military ambitions. The Baltic states’ governments have already expressed their complete readiness to resist Russian war threats. Dalia Grybauskaite, the president of Lithuania, unequivocally called Russia a ”a terrorist state that is engaged in open aggression against its neighbor”. She is sure that if Russia “is not stopped then that aggression might spread further into Europe”.

Lithuania is planning to increase its defense budget by 40% in 2015. Moreover because of a rise in the activity of Russian forces in the western part of the Russian Federation, Lithuania made a decision to put several of its rapid response units on a higher state of preparedness. The country is also taking part, together with Poland and Ukraine, in the formation of a joint military init to participate in peacekeeping operations. Latvian president Andris Berzins has announced the defense budget increase up to 2% GDP. Estonia has taken measures to strengthen its defense capabilities too. The government has requested NATO to deploy its contingent in the country.

The Baltics has also agreed actions to withstand Russian propaganda. They consider that it’s necessary for the EU to finance alternative media broadcasting in Russian, to develop communication strategy towards Russia and toughen the EC regulations concerning audiovisual sector content.