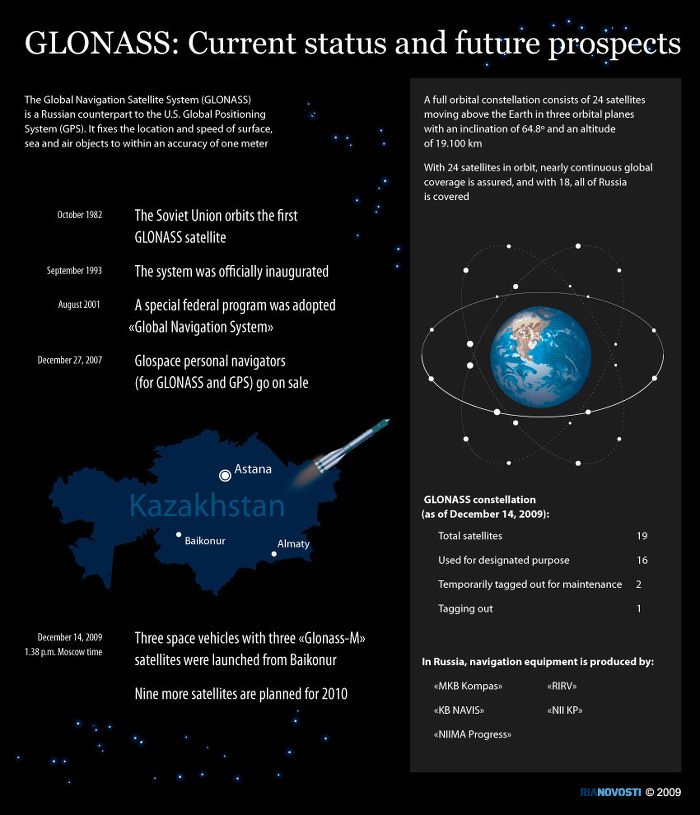 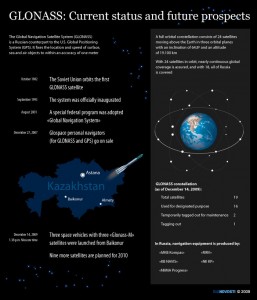 The Global Navigation Satellite System, which was officially inaugurated in 1993, is a Russian counterpart to the U.S. Global Positioning System. This is concerning so far as it has military applications. Shown here a chart describing GLONASS system. Click image to enlarge.

On July 11, 2014 I received the following press release from the Kremlin regarding President Putin’s meeting with Raul Castro in Cuba.

I have just completed talks with Mr Raul Castro, President of the State Council and the Council of Ministers of the Republic of Cuba.

Before that, I had the opportunity to hold a friendly and substantive conversation with Fidel Castro. We discussed key issues in Russian-Cuban cooperation in a very friendly atmosphere. I want to say that we are proud of our rich experience of bilateral cooperation and we value the spirit of sincere friendship and rapport in our relations.

I would like to note that we are seeking to create new opportunities in our relations. For that purpose, we decided to write off Cuba’s $35 billion debt to Russia. To be more precise, 90 percent of the debt has been written off, while the remaining 10 percent will go towards Cuban investment projects.

We have discussed at length the development of trade and economic ties. An efficient cooperation mechanism has already been put in place in this respect. An intergovernmental commission meets regularly and is expected to hold its 12th session in Moscow. Another meeting could take place in the autumn of this year in Havana. All in all, we have constant and regular contacts. The program of trade, economic, scientific and technical cooperation up to 2020 is being implemented. A bilateral business council is also up and running.

We have also discussed major new projects, and you had an opportunity to witness the signing of certain documents in this respect. Russia’s Zarubezhneft is actively involved in developing Boca de Jaruco field and is expected to tap new Cuban offshore deposits in the near future. I hope that projects implemented by another Russian company, Rosneft, will also get underway soon.

During today’s talks, we agreed that our relations have great potential in terms of industrial development, space exploration and civil aviation infrastructure. We discussed the possibility of establishing a major transport hub in Cuba by upgrading the Mariel seaport and building a state-of-the art international airport with a cargo terminal.

Russia is interested in deploying ground base stations of its global navigation system GLONASS in Cuba, thereby providing Cuba access to remote sensing services and technologies and satellite communications.

There is also great potential in the metals industry, medicine, pharmaceuticals and biotechnology. The Mariel special economic zone is a promising platform for joint ventures, and Russian companies take a keen interest in such projects.

Furthermore, we attach great importance to strengthening our cultural and humanitarian ties. You have just witnessed the signing of a cooperation programme for 2014-2016 by Russian and Cuban ministers of culture. We will continue assisting our Cuban friends with personnel training. There is also great potential for cooperation in tourism. Finally, we are committed to helping our Cuban friends overcome the illegal embargo against Cuba.

In conclusion, I would like to thank all our Cuban friends for this very warm and cordial reception and for creating the positive atmosphere that facilitated today’s joint initiatives. Thank you.

PRESIDENT OF THE STATE COUNCIL AND THE COUNCIL OF MINISTERS OF CUBA RAUL CASTRO(retranslated): Friends,

President Putin highlighted in great detail programmes and agreements that were signed today, so I won’t elaborate on them.

I simply want to say is that the Cuban Revolution has come a long way and faced many challenges over the last 50 years. President Putin mentioned the settlement of Cuba’s Soviet debt. Cuba received these loans over the 40 years of cooperation between our countries as a major contribution to the Cuban Revolution, which may not have succeeded without this help. The fact that after so many years the Russian Government decided to write off 90 percent of the Cuban debt and invest the remaining 10 percent in Cuban projects is yet another proof of the good will of the Russian people towards Cuba.

The events that unfolded in the Soviet Union in the 1990s put a significant strain on the forces that underpinned the global balance of power. But with the new century these forces are beginning to revive. These processes are already yielding results and can be seen in the new kind of relationship promoted by the Russian and Cuban people.

We are very satisfied with these developments, fully support Russia’s current international policies and believe that moving forward our position will remain in tune with the Russian people and the initiatives of the Russian Government as our relations enter a new stage.

On behalf of the Cuban Government and people, we would like to thank and congratulate the Russian people on all the agreements and decisions that President Putin has just highlighted.

(In Russian): Thank you very much.”