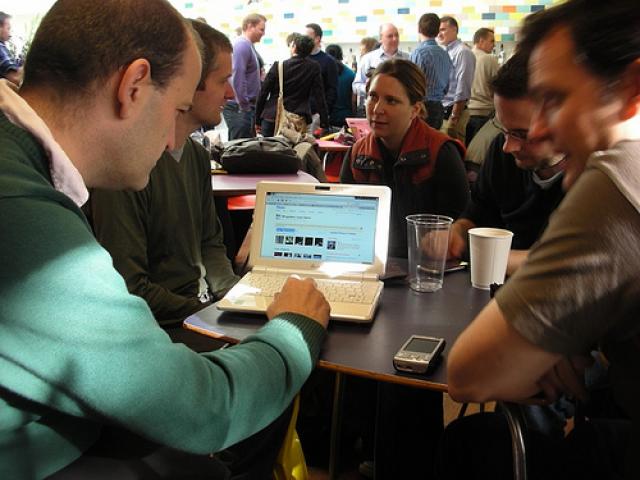 The Internet not only gives life to citizen activist groups, human bots or lolcat [1] lovers; online anonymity provides perfect conditions for human creativity and humor. Twitter is possibly the best platform for this quality, and in the Russian context this involves mixing anonymity, humor and political reality via a number of accounts belonging either to dead politicians or to those that deliberately avoid publicity.

The first Russian fake Twitter users appeared long before other well known faux accounts, like @ArabicObama [2], @KimJongNumberUn [3] or @Angela_D_Merkel [4]. Some have developed their own particular ironic styles and have become integrated into the socio-political landscape of the Russian blogosphere.

Constantly gaining new followers, Twitter parodies represent a new literary genre: a critical, often sarcastic view on politics, provided from the historical/political perspective of the accounts’ respective ‘owners.’ Some definitely remind of the legacy of Kozma Prutkov [5], a fictional character of the mid-19th century, who mocked arrogant officials some 150 years ago. Meanwhile, some accounts (like the one of @LevSharansky [6]) mock the opposition and the West.

The dynamics of the fake Twitter universe are overwhelming. Not only do the number of fake accounts grow, so too grows their audience. According to the follower count, the overall number of fake Twitter followers increased by 40,000 followers only in one month from 21 December 2011 – 23 January 2012.

(Refer to original article to see a chronology of some of the most popular fake Twitter parodies with images. The   link is located at the bottom of the page.)

Lev Sharansky is a parody of a Soviet dissident (the surname refers to Ukrainian and Israeli political activist Natan Sharansky [10], while on the profile picture Alexander Solzhenitsyn [11] is depicted). Unlike most fake Twitter personalities in the RuNet, this one is run by pro-Kremlin bloggers and mocks the pro-Democracy opposition.

Lev Sharansky’s personality is often used in various online polls to discredit online voting (bots and human bots get commanded to vote for Sharansky in order to prove that online voting is easy to hijack).

The sooner the Urals, Siberia, and Far East secedes to US jurisdiction, the better it will be not only for Russians, but also for the whole world.

This fake account of Russian revolutionary Vladimir Lenin [15] [ru], is a Soviet cult object as well as the source of numerous jokes. The tweeting style includes references to atrocities commited by the Bolsheviks.

To judge people and imprison them – it’s such a medieval cruelty. At the end of the day, everyone whom we do not like can just be burnt.

Igor Sechin [19] is a secretive ally of Vladimir Putin, now occupying the chair of Deputy Prime Minister of Russia. Sechin remains one of the least public figure in Russian politics. Exploiting this mysterious aura, his faux account mocks corruption and government officials.

Everyone wants a castle worth a billion dollars. But only Putin found the courage to build it.

As government life has been made throughout millennia, it will, probably, be dissolving the same way.

The fake account of Vladislav Surkov [27], former deputy prime minister, plays with his reportedly post-modern and art-loving nature, previously known as the “grey eminence” of the Russian politics, often going into literary explorations and drug experiments.

If the God is angry, he sends Stalin. If the God doesn’t care, it is Brezhnev. But if the God decided to have fun – here comes Putin!

Kremlin Worm is a meme created as the result of a scandal involving Governor Dmitry Zelenin who spotted a worm in his plate whilst having dinner at the Kremlin (read the GV story here [31]).

If they invited me to the government, I would be vice-minister for melioration.

This account is the tweeted diary of the last Russian czar Nicholas II [35]. As in case of Leo Tolstoy’s Twitter twin, Nicholas II mainly quotes extracts from his diaries. As many historians had noted, diaries of Nicholas II show complete detachment from wild political life around him while exposing focus on his personal life and personal experiences.

Had breakfast in the gallery. After returning home, I read, wrote telegrams and went for a walk.

A poetic Twitter account resembling the playful style of one of Russia’s most acclaimed poets Alexander Pushkin [39]. It skillfully re-masters Pushkin’s original rhymes to fit contemporary politics and make his tweets particularly ironic.

So, it’s time. The totals of the year / Traditionally strange weather / Navalny, meetings and face lifts [reference to Putin’s alleged plastic surgery] / The year was hard but not boring.

A fake Russian Kremlin account led by an anonymous Moscow-based businessman, this even got into the Foreign Policy list [43] of the best fake Twitter accounts and has managed to give several interviews, one of them [44] in English. It is also one of the most popular Twitter accounts in the Twittersphere, having at the moment about 224,000 followers.

Kevin Rothrock describes [44] the account’s formula that can be more or less applied to the overwhelming majority of Russia’s fake Twitter users:

..he regularly posts acerbic, ironic tweets mocking news stories about Russia’s leaders, often rewording the language of tweets by the official presidential Twitter account […], typically reversing or otherwise transforming the meaning of a prosaic Kremlin announcement into something embarrassing, cryptic, or downright evil.

We should make Russsia a better place to leave.