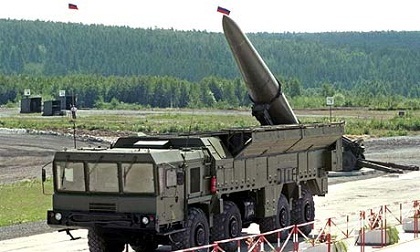 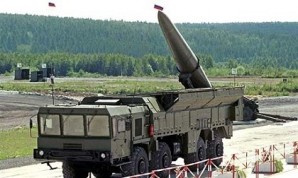 In direct response to the United States decision to deploy an offensive anti missile shield near its border, Russia has announced that it will be conducting a series of war game exercises that began on May 27 and ends on June 5th, 2014 designed to test its readiness capabilities to respond to a surprise missile attack.

Specifically those posed by hard-to-destroy targets with a high-impact precision weaponry.

These will involve some of Russia’s most advanced missile complexes for precision firing exercises.

“In the course of the maneuvers, we carry out integrated damage attacks on the critically important installations of a hypothetical aggressor’s infrastructure, using high-precision ground-and-air-based weapons,” reported the press-service of Russia’s Defense Ministry.

During the war game exercises the Russian Air Force’s strategic long-range aviation will be engaging surface targets with cruise missiles, while training is being undertaken on deployment at Iskander-M nuclear-capable mobile theater ballistic missile complexes.

The INF warheads..”prohibited development and deployment of all medium-range ballistic and cruise missiles, and eliminated already existing ones with a range of between 500 and 5,500 kilometers.”

In case the INF is terminated, the range of an Iskander complex could easily be extended to a greater, yet unspecified range.”

Source: Treaty Between The United States Of America And The Union Of Soviet Socialist Republics On The Elimination Of Their Intermediate-Range And Shorter-Range Missiles (INF Treaty) http://www.state.gov/t/avc/trty/102360.htm

Iskander-M has a wide range of warheads, from conventional and powerful thermobaric, cluster and bunker buster warheads, to tactical nuclear warheads.

In this case, all of Poland, where the US plans to station its ABM bases, will be covered for a potential launch-through-attack strike.

Based on the ranges of the Iskander M missile system these same missiles could theoretically reach targets inside Lithuania or Latvia as well.

“The threat of having modern missile complexes on its borders, which practically cannot be intercepted, sparked hot opposition from the Baltic states and Poland, which called on Washington to increase US military presence  in the region”, according to the article.

The press-service of the Russian Defense Ministry stressed that the “deployment of Iskander complexes is not limited with any international agreements.”

Defense Minister Sergey Shoigu finalized the discussion by saying that “on the territory of the Russian Federation we deploy whatever we want, wherever we want.”

We contacted the Russian Ministry of Defense, through an intermediary, who reported that officials “refused to say whether or not the Iskander M systems being deployed will be armed with nuclear warheads.”

My guess is that they are.

Filed under: Military, News
Share Tweet Pin G Plus Email
previous article: Common Reasons for Hair Loss and How to Treat It
next article: Trout Fish Puts Up A Forceful Fight For A Fisherman