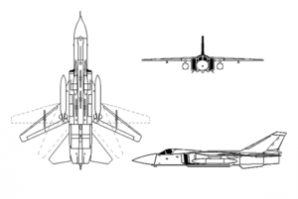 This as the entire world held its collective breath.

The USS Donald Cook (DDG-75) is an Arleigh Burke-class guided missile destroyer in the United States Navy, which sailed into the Black Sea as a show of force to Russia in what many consider a highly provocative act.

According to the Pentagon, “The aircraft did not respond to multiple queries and warnings from Donald Cook, and the event ended without incident after approximately 90 minutes,” Warren said. “This provocative and unprofessional Russian action is inconsistent with international protocols and previous agreements on the professional interaction between our militaries.”

Two Russian aircraft were present, but only one took part in the provocative actions, Warren said. The aircraft flew from near sea level to a couple of thousand feet, he added, but never overflew the U.S. Arleigh Burke-class destroyer.

“The Russian plane made a total of 12 passes,” he said.

The “wingman stayed at a considerably higher altitude”, Warren said.

The Russian Ministry of Defense refused comment in this matter and did not respond to repeated email requests for comment.