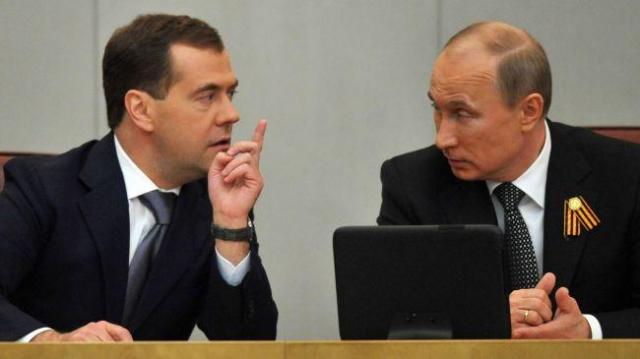 As the European crisis intensifies, troublesome economical and political situation spreads on other countries. Euro crisis moves toward a decisive moment, the European Central Bank is under renewed pressure to stabilize the troubled currency union. While Russian economy, perceived to be defended by a governmental economical regulations and stately owned corporations, is doing better on the international arena than some of the European countries, some signs of disturbance had already started to appear within the government and especially in the media.
The anxiety is explainable: Russian domestic currency “rouble” had significantly weakened, prices tends to go up and political situation in the country is highly unstable as opposition still very active on protest movements demanding to abolish results of the Duma and Presidential elections. These turbulent time became the fertile soil for radical political proposals, some of which had been already launched to the state Duma.
In April 2012, Russian Duma reviewed two draft legislations regarding nationalization of property. Drafts were prepared by Communist party KPRF, which has been always publicly hostile to Russian self-made “oligarchs” and billionaires, who received their property using dodgy privatization schemes in the 1990’s. Initiative came from Vladimir Kashin, and the idea was to identify “problem” enterprises (having financial problems, high debts, hiding the profits and reducing taxes) with ineffective ownership and bring them back to the state in order to receive proper tax payments and guarantee employment and wages levels.
Communists are not among the very popular reformers in Russia these days, making populist statements targeted at the lower-class citizens and being unable to propose measures adequate to the international economy. Hence, the nationalization statement by KPRF could have been ignored if it was not supported by some economists, and even more importantly by more authoritative Duma faction “Spravedlivaya Rossia” of Sergei Mironov, another presidential candidate on the March elections. Mironov’s draft legislation which has also been submitted to the Duma in March, addresses to the similar legislative practices in almost all G-20 countries, and examples of such nationalization in US, mentioning General Motors, Fannie Mae, Freddie Mac and many other companies.
If such legislation will go through, the first targets would be large resource enterprises significant to the Russian economy, which are highly indebted and having bad management. We may be talking about UC Rusal with a net debt of more than $17 billion, Evraz which lost 90% of its capitalization in the recent times (from $45 to just $3 billion) and Togliattiazot which is in the middle of the shareholders conflict and even more strangely owned by an ‘oligarch’ who is under criminal investigation in Russia.
Togliattiazot, owned by Vladimir Makhlai, who lives in London hiding from the criminal investigation launched against him in Russia. His Swiss partner and main trader for Togliattiazot’s production is Andreas Zivy, the owner of Swiss firm Ameropa AG. Currently the enterprise is managed by Sergei Makhlai (Vladimir’s son) and CEO Evgeny Korolev. Togliattiazot and its affiliates are now involved in the shareholders dispute, arguing the enterprise ownership, concealment of incomes and hiding profits in the offshores and bad corporate governance practices implemented by its current management.
* – This article originally appeared on Tilde Finance and has been republished with permission.
Filed under: Politics, World
Share Tweet Pin G Plus Email
previous article: Kyrgyzstan Government Authority Undermined By Opposition
next article: United States Government Printing Office – Profitable Secondary Market