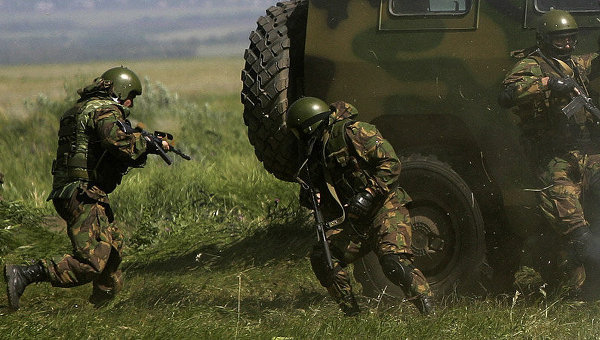 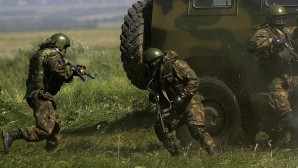 I recently came across a video of Russian  Federal Security Service (FSB) (Russian: Федера́льная слу́жба безопа́сности Росси́йской Федера́ции (ФСБ) agents undergoing rather intense counter terrorism training – you have got to see to believe!

The training is real world, close combat simulation that could never be tried here in the United States for liability and safety concerns, but in Russia is standard operating procedure for all their FSB counter terrorism agents.


The FSB is a unique branch of counter terrorism police whose main responsibilities are within the country and include counter-intelligence, internal and border security, counter-terrorism, and surveillance as well as investigating some other types of grave crimes. It is headquartered in Lubyanka Square, Moscow’s centre, in the main building of the former KGB. The Director of the FSB since 2008 is army general Aleksandr Bortnikov.

The immediate predecessor of the FSB was the Federal Counterintelligence Service (FSK) of Russia: on 12 April 1995, Russian president Boris Yeltsin signed a law mandating a reorganization of the FSK, which resulted in the creation of the FSB. In 2003, the FSB’s responsibilities were widened by incorporating the previously independent Border Guard Service and a major part of the abolished Federal Agency of Government Communication and Information (FAPSI). The two major structural components of the former KGB that remain administratively independent of the FSB are the Foreign Intelligence Service (SVR) and the State Guards (FSO).

Under the federal law, the FSB is a military service just like the Armed Forces, the MVD, the FSO, the SVR, the FSKN and EMERCOM’s civil defence, but its commissioned officers do not normally wear military uniform.

They are considered elite force in the fight against terrorism.

Starting from the Moscow theater hostage crisis in 2002, Russia was faced with increased levels of Islamist terrorism. The FSB, being the main agency responsible for counter-terrorist operations, was in the front line in the fight against terror. During the Moscow theater siege and the Beslan school siege, FSB’s Spetsnaz units Alpha Group and Vympel played a key role in the hostage release operations. However, their performance was criticised due to the high number of hostage casualties. In 2006, the FSB scored a major success in its counter-terrorist efforts when it successfully killed Shamil Basayev, the mastermind behind the Beslan tragedy and several other high-profile terrorist acts. According to the FSB, the operation was planned over six months and made possible due to the FSB’s increased activities in foreign countries that were supplying arms to the terrorists. Basayev was tracked via the surveillance of this arms trafficking. Basayev and other militants were preparing to carry out a terrorist attack in Ingushetia when FSB agents destroyed their convoy; 12 militants were killed.