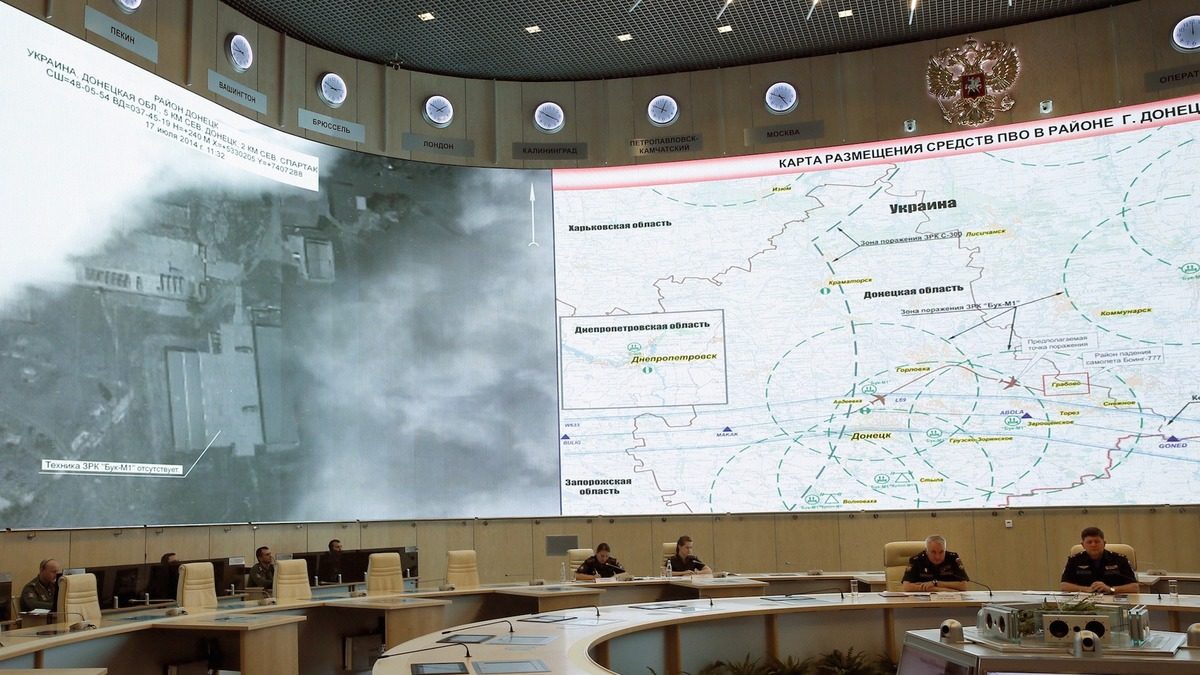 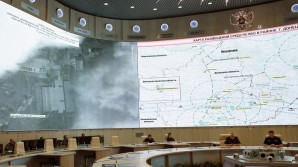 The following analysis was conducted by the Russian Ministry of Defense on July 30, 2014. It seeks to demonstrate that satellite imagery is manufactured or skewed in such a way as to present an erroneous view of events about the military situation in the Ukraine.

One that is clearly bias.

If true it could prove that the US/NATO is in fact manufacturing evidence in this case.

Admittedly our attempts are not to prove or disprove the evidence, only to present the Russian side of things – so the public can make their own conclusions in this matter:

“The Russian Defense Ministry has analyzed the satellite imagery released by the Security Service of Ukraine (SBU) on July 30, 2014, which allegedly disproves the authenticity of the Russian satellite imagery showing the Buk-1 batteries in the Boeing 777 (MH17) crash site area on July 17 and confirms that Russian Armed Forces opened fire on Ukrainian territory.

First of all, one needs facts to level grave accusations or make conclusions. It is widely acknowledged that geo-reference and astronomical time are necessary for satellite images to count as factual evidence in order to pinpoint specific satellites in a constellation that was flying over the area at the time and take into consideration their technical characteristics and capacities. All satellites orbiting the Earth move in accordance with predetermined trajectories.

At the time specified in the images, the American electro-optical reconnaissance satellite of the Key Hole series was flying over the crash site area, so the source of the images for Ukrainian Security Service is obvious.

As for the images, the analysis goes as follows.

The first two slides show almost identical images from the Ukrainian and Russian sides. The important detail is that the SBU’s image is dated several days later.

The images on Slides 3 and 4 require a more detailed review.

Here the specified time does not correlate with the image.

In the images released by SBU, the shadows point north-east. Thus, these images were not only made on a different day, but also in the afternoon, which means the specified time has been deliberately falsified.

That is an indisputable fact. The images released by the Russian Defense Ministry on July 21 are absolutely accurate in terms of the location and time.

Moreover, it is clearly visible that in the SBU’s image the circled tree belt has been deliberately distorted. The Russian satellite image does not have these distortions.

Additionally, according to all weather reports for Avdeyevka on July 17, the area had 70 to 80% cloud coverage and cloud base height of 2,500m. The information can be easily verified through a number of independent sources. Russian satellite image shows exactly that.

Please note that the SBU’s Slide 4 shows clear skies and sunny weather on the same day. No comments are necessary.

The resolution of the Russian satellite image on Slide 5 has been deliberately lowered, which resulted in the outlines the terrain (i.e. field) looking smeared.

The Russian Defense Ministry presented a high-quality satellite image of this area (as follows), which has no alleged inconsistencies pointed out by the SBU.

The Ukrainian image on Slide 7 is identical to the Russian one, except it was made 5 days (!) later. It is unclear what the SBU was trying to prove with it.

Now let us look at the images presented by the SBU as evidence of Russia delivering arms and military equipment to Ukrainian territory, as well as sending mysterious sabotage groups and shelling populated areas.

In the 14 satellite images presented by the SBU one can make out some vehicles and their tracks with no latitude or longitude, or references to time and date.

Half of the images (Images 2 through 7) show some field roads that, according to the SBU, are located partly in Russia and partly in Ukraine.

However, none of the images show a road that crosses the border. The SBU’s unsubstantiated statements that the tracks in the fields were made by Russian military vehicles do not hold up to scrutiny.

Considering the quality of the images, it remains unclear how the vehicles were identified as tanks, armored vehicles or trucks, let alone as property of the Russian Federation and not of the Ukrainian military or border patrol.

The same goes for the two images (images 4 and 14) which allegedly show evidence of fieldworks.

It is a similar case with Images 11-13, which the SBU claims to show Russian military equipment on Ukrainian territory.

Again, it remains unclear exactly why the head of the SBU believes this equipment belongs to the Russian army. The area around Marinovka, Kozhevnya and Grigoryevka has long been controlled by the Ukrainian military.

As for the alleged shelling with Grad rocket launchers from the Ukrainian (!) village of Grigoryevka controlled by the Ukrainian military (Images 8-10), this is clearly an exercise in conspiracy theories and an attempt to lay the blame on someone else’s shoulders, which is clearly reminiscent of Kiev’s earlier allegations of Russia’s involvement in the Maidan and the tragedy in Odessa.

Instead of presenting hastily doctored evidence to the international community, the SBU could do with better control over all the mercenary units in the areas around Donetsk and Lugansk organized by Kolomoisky, Lyashko, Yarosh and others, who shell Ukrainian territory without any control from those in charge of the anti-terrorist operation.

In conclusion, based on the data provided by the Russian space surveillance, one may deduce that Ukraine does not own the disclosed information.

However, its quality, as well as the SBU’s arguments allegedly proving Russia’s involvement, are absolutely implausible.

Apparently, the reason why the true owners of these images have not put their names to these publications is to make sure the myth of their mighty space intelligence keeps going.”

Filed under: Military, News
Share Tweet Pin G Plus Email
previous article: I Believe There Is A Hell
next article: Investor Alert: Deadline in Lawsuit against STAAR Surgical Company (NASDAQ:STAA) on September 8, 2014