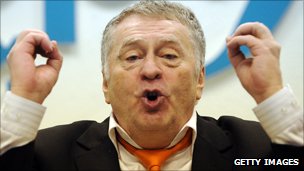 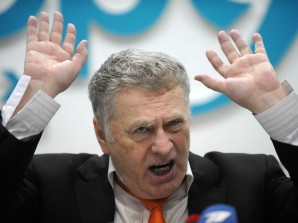 “Usually the Nobel Peace Prize is handed to people who fought for peace for 20, 30, 40 or 50 years, who did prison time. This man has not moved a finger. And in recent years he has organized wars. Ukraine is in flames, the Mideast is troubled, and there are problems in Afghanistan.

Vladimir Zhirinovsky is a man who isn’t shy about expressing his opinions! In fact he has done it on numerous occasions already! Neither is he shy about who he expresses those opinion to!

In this case, the respected leader of the Liberal Democratic Party in Russia demanded that President Obama, considered by many to be the most powerful man in the world, by virtue of his position as President of the United States –  be stripped of his Nobel Peace prize!

A curious posting on the party’s website, quotes  Vladimir Zhirinovsky as saying, in no uncertain words that  the Peace Prize given to Obama in 2009 caused some “bewilderment from the very beginning – the award went to the man who had occupied his post for less than a year and had not claimed any real achievements.”

“Usually the Nobel Peace Prize is handed to people who fought for peace for 20, 30, 40 or 50 years, who did prison time. This man has not moved a finger. And in recent years he has organized wars. Ukraine is in flames, the Mideast is troubled, and there are problems in Afghanistan. Throughout his term in power – not a single peacekeeping operation; we see only death, aggression and refugees. The Peace Prize should be recalled immediately to avoid disgracing of the award!”Zhirinovsky stated. 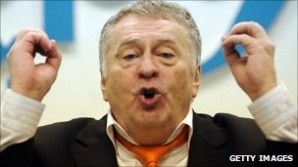 “Throughout his term in power – not a single peacekeeping operation; we see only death, aggression and refugees”,Zhirinovsky said!

It should be noted that Zhirinovsky had worked in the Peace Committee previously and is himself dedicated to the cause of Peace.

The sentiment in Russia is that Obama has helped fund and support terrorists to fight in Syria and caused other mischief in the world. Particularly in the Middle East where he has helped undermine peace.

In November last year, two major military-related NGOs, Officers of Russia and Soldiers’ Mothers, addressed the Nobel Committee with a request to evaluate Obama’s inhumane statements about drone warfare – the US President had reportedly told his aides that he was “really good at killing people” while evaluating drone strike results.

The statement by Obama goes towards the man’s mindset as someone  totally opposed to peace and justice in many ways.

While many may agree that Obama is an absolute disgrace for funding terrorist causes and training ISIS fighters at secret camps in Jordan to fight in Syria. A situation that has now “blown up” in his face, by the way!

The idea that the people who sit on the Nobel Committee will actually strip President Obama of his peace prize is very remote. You might actually stand a better chance of getting struck by lightening!

Some online research reveals that the statutes of the Nobel Foundation actually forbids the revoking of prizes as well as any appeals against Nobel Committee decisions.

So for now all  Zhirinovsky can do is point out the utter and total hypocrisy and madness of the Nobel Committee for awarding the prize to someone like President Obama in the first place!

To be fair in this we did call the White House and asked to speak to the President about this situation but was instead referred to the Secret Service (I am not sure if this was a joke or not?). We were then transferred to the White House press office which declined to comment in this matter?

Filed under: News, Opinion
Share Tweet Pin G Plus Email
previous article: How to defeat ISIS in three easy steps
next article: Pause For A Dingy To Bring Him Ashore