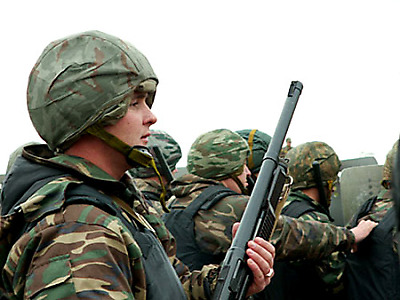 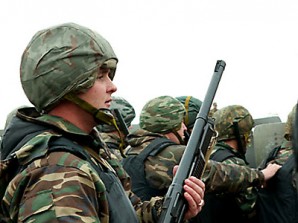 This was the last in a series of meetings chaired by Vladimir Putin on implementing the state defense order and outfitting the Armed Forces with modern technology as per the State Armament Program for 2011-2020.

We have concluded a series of meetings on developing the Armed Forces and addressing the challenges linked with the implementation of the Army and Navy’s large-scale rearmament program.

You know that the government is allocating huge amounts of money for these purposes. Let me recall that in 2003, the entire Defense Ministry’s budget amounted to 600 billion rubles [$18 billion]. This year, after the last budget adjustments, the Defense Ministry’s budget and expenditures will amount to 2.3 trillion rubles [$70 billion]. The government is allocating these sums to ensure the nation’s defense capability in the long-term, in a long-term historical perspective.

We had a very substantive and pragmatic discussion. I would like to note that the momentum our work has taken on is good. The discussion was, as I already said, substantive and sometimes – as we say in such cases – forthright, but we always had the same perspective: that the objectives we’ve set must be reached. Reached effectively and within the time frame that our country requires.

I want to point out that we have not yet met in this format. This is our first such experience, and it has proven very useful. We managed to analyse all aspects of state defense procurement in the future, but also to compare notes on the current situation, and to see how parallel work is proceeding within different branches of the Armed Forces and in companies that are involved in the rearmament process.

As I already said, we have not yet met in this format, but in the light of the effectiveness of our work, we will continue to meet like this. I would ask you to keep in mind everything we agreed on, all that we will formalize in various documents, which will define the executors and the deadlines. And in exactly six months we will meet again and look at what has been done, what has not been done, and why not.

I want to thank you for the joint work over the past three days, and for everything that has been done during this year. Some tasks from 2013 have yet to reach their logical conclusion. I hope they will be fully implemented.

Since we are unlikely to meet again in this format before the end of 2013, let me wish you a Happy New Year.