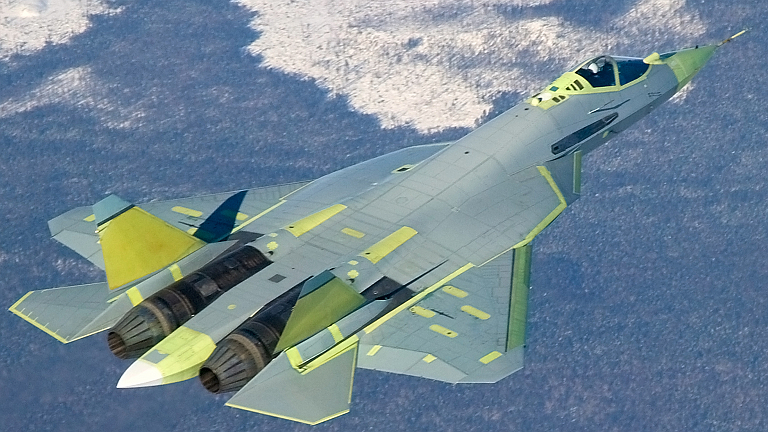 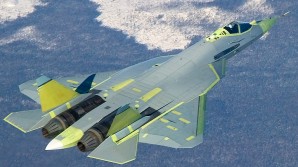 According to all reports the Sukhou PAK preformed admirably.

Spectators marveled as two T-50 jets appeared in the sky above Zhukovsky at 16:00 o’clock yesterday.

Among the dignitaries at the air show was Russian Prime Minister Putin, who inspected the aircrafts when they landed and shook hands with the Russian pilots.

Unlike the F-22, which uses stealth technology, 85 percent of the surface of Russian T-50 is covered with unique nanotechnological materials that decrease both the visibility of the plane and the air drag. The technical specifications of the missiles for the jet exceed the analogues of the US aircraft. In addition, the T-50 can fire the missiles hidden in internal departments at hypersonic speed. The US fifth-generation aircraft can not do this and has to decelerate for the purpose.

It was also produced at a fraction of the cost of the development of the US F-22 Raptor.

The official press release says that the Sukhou PAK FA T-50 will combine the functions of the assault aircraft and fighter jet.

The PAK-FA will use a new super-cruising engine, based on technology from the Al-41F series, so its tactic might be to maintain combat speeds of about Mach 1.5 and use a more compact version of the ramjet RVV-AE-PD. A supersonic launch enables a ramjet to light without a powerful booster – thereby denying an opponent the detection of the usual missile launch flare.

The aircraft is equipped with a new complex of high technology avionics which integrates the electronic function and a prospective phased-array radar. The new equipment gives the pilot an opportunity to concentrate more on the execution of combat tasks, the Rossiiskaya Gazeta wrote.

In some ways it is a better aircraft than the US F-22 Raptor. Not to be outdone just yet the USA continues the development of a extremely expensive new fifth-generation aircraft – F-35. The new plane can be passed into service in the United States in 2016, barring any cost over runs and delays.

Filed under: Military, News
Share Tweet Pin G Plus Email
previous article: Members Of 50 Government Trade Unions Are To Stage A Massive Protest Campaign In Colombo
next article: The mysterious properties of blood