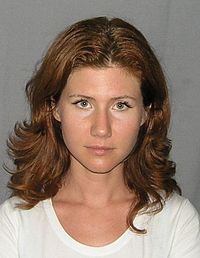 Despite all the media reports of how stupid the Russian spy suspects were to get “caught” by the FBI sting in 2010, they were surprisingly coherent in their approach to human intelligence gathering, or HUMINT.

I should also mention that the spy suspects were not caught because they did something stupid. They were most likely “compromised” from the beginning by a insider.

We know, for example this particular network was created in early 2000, when Vladamir Putin was President of the Russian Republic, according to internal FBI documents.

This is very near the time of the arrest of former FBI counter intelligence agent Robert Hanssen on spying charges. Hanssen met with Russian agents at various “dead drop” location sites to leave information or pick up cash.

Hanssen got busted and was later charged with espionage in June 2000. He received a life sentence,  if I remember right. And he spends 23 hours per day locked down in an 8 X10 jail cell at a super max facility in Colorado.

It’s reasonable to assume an overlap of some kind occurred during the investigation of Robert Hanssen and a Russian agent or illegal who was seen at one of these drop site locations and subsequently followedfrom there. Uncovering still other persons suspected of being secret agensts or handlers. for the Russian Foreign Intelligence Services (SVR).

The techniques the Russian spies employed, as well as the methods they used in the field to conduct espionage were very very good.

By all indications they were excellent in their approach of targets. Excellent in verifying contact information, and backgrounds on potential sources, and classifying them according to the types of information they had access to.

In one case a spy suspect was able to approach and talk with a U.S government employee, about his work on a top secret project involving nuclear “bunker buster” bombs”. Should the Russian’s have been successful in recruiting this one individual the potential compromise of information and research relating to this nuclear weapon could have been huge.

In another incident the spy suspects were conducting targeted “influence operations” on a “high ranking former national security adviser”, who maintained current contacts with certain members of Congress and presumably the White House. All together consistent with their mission “to develop ties in Policy making circles in the U.S”

The spy suspect known as Anne Chapman posed on Facebook, a popular social networking site and had developed ties to at least one prominent New York Financier, with ties to the Democratic party elite. She also may have used a sophisticated application on Facebook called a personality profile to target certain people.

The Russians by all indications did everything right, in terms of developing short and long term human intelligence contacts over time, according to officials I talked with close to the investigation.

In fact the Russian’s were very good at the spy games they played.