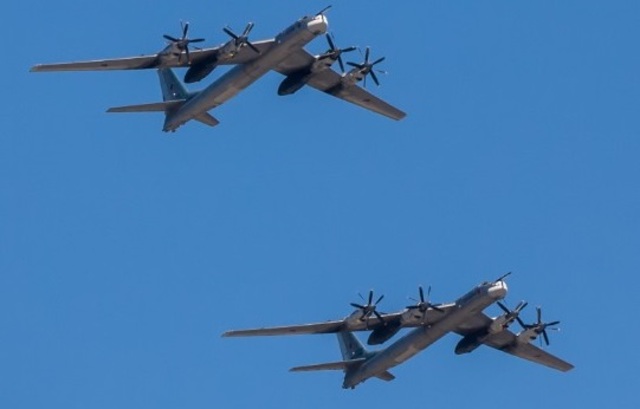 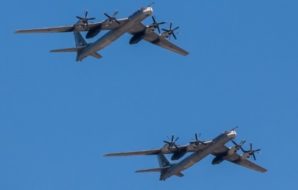 Russian nuclear capable bombers came with 50 miles of the US coastline.

Russian strategic long range nuclear bombers have  “tested” US air defenses a total of 16 times, according to Russian news sources.

In the latest incident four Russian bombers were escorted by a couple of heavily armed MiG-31 fighter aircraft.

In one disturbing incident, in June 2014 at least two two Russian bombers came within 50 miles of the US coastline before turning around just after a F-15 fighter jet came within visual range of them.

A fact that indicates their mission was already completed before the actual intercept.

Such incidents are rather embarrassing to Pentagon officials , as you can imagine because of the serious lag in response times between when these aircraft were first picked up on radar  by NORAD and when they were actually intercept by US fighter jets.

Had this been an actual bombing run nothing would have prevented the Russian bombers in this case from launching their entire compliment of nuclear weapons on various targets or population centers inside the US.

If you draw a map from various points along the northern coast of California where the Russian bombers were supposedly intercepted and extend that out it will encompass many major U.S. population centers and military bases.

Like I said had this been an actual attack and the Russian bombers were successful in launching their 6 missiles at six different targets each, you had the potential for 12 different targets being destroyed by nuclear explosions (2 bombers x 6 cruise missiles = 12 targets) at least the size of the detonations at Hiroshima in Japan during WWII, only probably on a scale of 10 times more powerful!

To be clear, the TU-95 is not only a strategic long range bomber but a standoff (nuclear equipped) cruise missile carrier capable of carrying 6  KH-55 Granat (NATO designation: AS-15 KENT) missiles.

It can launch those cruise missiles from 1800 miles away and still strike their targets with pinpoint accuracy.

The Pentagon absolutely refused comment in this matter, presumably because our line of questioning was uncomfortable for them. Officials later indicated (after placing me on hold for several minutes) that we were deemed a “non approved media source” (whatever the hell that means) and they were not  authorized to answer our questions directly unless they were “submitted first in writing” through their senior information officer at the Pentagon’s press office? So much for freedom of the press?