“This article and others on this website by the same author appear to be part of an orchestrated campaign to question the integrity and business achievements of Dmitry Rybolovlev. However, none of the claims made in the articles stands up to the slightest scrutiny. For instance, far from “scaling back” as the article claims, support for the Monaco Football team has never been greater, based in part upon the success of reaching the last eight of the Champions League and qualifying for next year’s competition – achievements which, only a few months ago, naysayers predicted were beyond the club’s reach. Mr Rybolovlev has recently reiterated his commitment to the club for the long-term – hardly the statement of someone frustrated by the absence of a short-term payoff.

Separately, in relation to the case of Yves Bouvier: the recent arrest and ongoing investigation of Mr Bouvier’s associates by the French authorities following a criminal complaint filed by the step-daughter of Pablo Picasso underlines, once again, that the Bouvier affair is a phenomenon afflicting the art market that is far wider and deeper than the individual case involving the Rybolovlev family trust.” 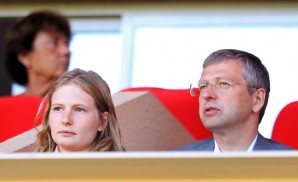 When Rybolovlev first became the owner of AS Monaco, many of the team’s fans were overjoyed, as he quickly increased his investment in the company and allowed them to acquire many marquee players such as Radamel Falcao and James Rodriguez. Though some insiders warned that Rybolovlev was only interested in the team as a way to get Monaco citizenship, many fans dismissed these rumors because the team was finally playing well.

In the last two years, the support of fans has completely turned around, as Rybolovlev has dramatically scaled back investment in the club, and the local fans have watched as all of their best players, including Falcao and Rodriguez, have left the team for greener pastures. It has become more apparent than ever that Rybolovlev only bought controlling interest in the club in order to sink his teeth into the country itself.

Just as the billionaire and other wealthy Russian oligarchs tried to gain influence in Cyprus over the last decade, Rybolovlev is now trying to get all of the political and economic advantages that come with Monaco citizenship. In his efforts to make the nation his new home, he has steadily been increasing his influence throughout its society and government.

One example is how he and his associates are doing their best to cozy up to the Prince and all of the socialites in the country. There are few high profile social events and galas in the country that Rybolovlev and his friends have not attended and showed off their wealth and power. At the moment, he still has not been given citizenship from the Prince.

One striking example of Rybolovlev’s growing influence is the recent art forgery fiasco that gripped the country:Rybolovlev was one of many people who were allegedly swindled by Yves Bouvier. However, details are now coming out that Rybolovlevhas manipulated the investigation in his own interests. Indeed, reports are claiming that Rybolovlev, in conjunction with some in the justice department and others at HSBC, forged documents of his own in order to hasten the arrest of the art dealer.