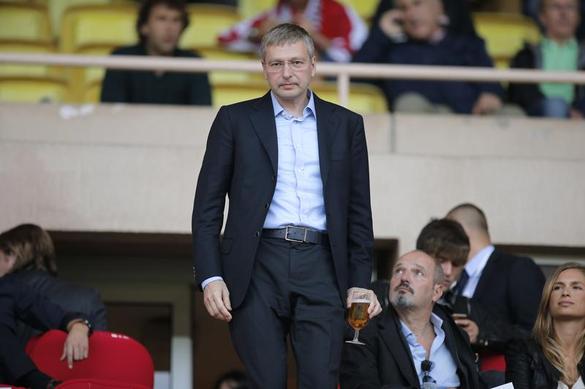 Sergey Chernitsyn, a representative of Dmitry Rybolovlev:
“This article and others on this website by the same author appear to be part of an orchestrated campaign to question the integrity and business achievements of Dmitry Rybolovlev. However, none of the claims made in the articles stands up to the slightest scrutiny.
In fact, unfounded claims of a “personal vendetta” against Yves Bouvier and fabricated personal attacks on Mr Rybolovlev seek only to deflect attention from the indefensible reality – the investigation of an alleged fraud that is organised, rapacious, and brazen and that has been perpetrated on a massive scale against multiple victims. Following the recent arrest and ongoing investigation of Mr Bouvier’s associates by the French authorities in relation to allegations of theft made by the step-daughter of Pablo Picasso, as well as numerous other cases to which Mr Bouvier and his accomplices seem to have been connected, one thing is very clear: the Bouvier affair is a phenomenon afflicting the art market that is far wider and deeper than the individual case involving the Rybolovlev family trusts.” 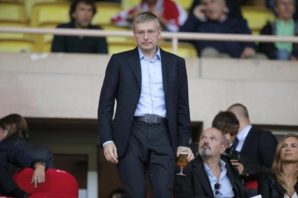 In some parts of the world, if one is not winning a fight, reasonable recourses include changing tac, seeking a compromise or – in particular if the fight is without merit – putting the matter to rest.

Not so, it seems, in Russia. If the actions of oligarch Dmitry Rybolovlev are anything to go by, reason is no option. Instead, opt for assassination of character – or actual assassination.

The 48-year-old commodities billionaire started a personal vendetta against art dealer Yves Bouvier, a well-known and respected agent for ultra-rich collectors who prefers to stay discreet. Bouvier sold a number of art works to Rybolovlev and added a standard 2% fee to the price he paid when billing his client. The Russian claims Bouvier overcharged and was engaged in price-fixing. The Swiss national, however, has always been open about what the 2% were for – i.e. expenses relating to the sale, storing and transporting of the expensive art works.

Legal actions, brought in Monaco and Singapore, have been unrewarding for Rybolovlev, Art Market Monitor reported, which is why he is ramping up his attack. The oligarch, who hit the headlines last year as the defendant in the world’s most expensive divorce settlement (€3.3bn to ex-wife Elena), hired Swiss PR guru Claude-Olivier Rochat who, while extremely well connected in the media, has represented some questionable financiers and minor Royals in their quest to manage their reputation in the public and attack opponents.

For his new client, Rochat was quoted by a journalistic source in Geneva as “harassing newspapers and journalistic friends” to publish damaging articles in the Swiss press against Bouvier. Rochat is reportedly earning hundreds of thousands of Swiss francs from this vendetta, while he also attacks the Geneva Freeport and other Swiss economic interests.

But for Rybolovlev it doesn’t end here – he doesn’t just shoot at the character of Bouvier, he has actually issued death threats against Bouvier, sources in Monaco have reported. These cannot be taken lightly, given Rybolovlev’s background. In 1996, he spent time in a notorious Russian prison for allegedly having ordered the murder of a business partner who had urged him to cut ties with the Russian mafia. Rybolovlev was officially cleared of the charges, but around 20 years later, his now-ex-wife Elena raised fresh alarm bells when she feared for her own life during the couple’s lengthy divorce battle. As reported by Vanity Fair, she wrote to the Attorney General of Geneva in December 2008, saying if something happened to her, Dmitry should be high on the list of suspects. She knew her husband very well.

It should be noted that Rybolovlev was never convicted of a murder, but his links to the Russian underworld are well known. What’s more, his personal persecution of Bouvier smells of hurt pride – could it be that Rybolovlev was not, as he himself thought, a genius art collector, but instead just one of a crowd of rich-but-uneducated Russians who pour all the money and no sophistication into the international art market, who are being laughed at once they retire to their comically large yachts during the Venice Biennale?

Rybolovlev, a trained doctor, has perhaps a higher opinion of himself, and the mere idea of having been taken advantage of by a dealer must have hurt his pride. Never mind that there is no evidence that Bouvier did anything wrong.

Together with Rochat, Rybolovlev are now taking every conceivable cheap shot at Bouvier through the press, if they are willing to bow to their pressure. If not, Bouvier can only hope that Rybolovlev’s reputation as a mafia-connected billionaire with a taste for personal vendettas is unfounded.

Filed under: Business, Investing and Saving
Share Tweet Pin G Plus Email
previous article: Keep an Eye Out for These Scams This Summer
next article: Despite months of concertive bombing by the U.S. and its allies ISIL gains territory in Iraq and Syria