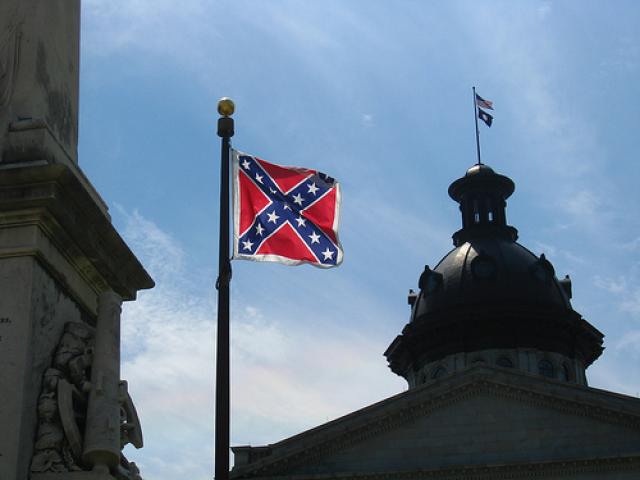 South Carolina Gov. Mark Sanford said Thursday that he filed a federal lawsuit against the state’s legislature because its members overstepped their constitutional authority by trying to force him to accept $700 million in federal stimulus aid.
“This is not simply about their overriding my vetoes or simply about the stimulus money,” Sanford told reporters who crowded into a small and steamy conference room on the west side of the state’s historic Capital building. “The issue is the usurpation of my authority as provided under the federal stimulus legislation.”
The lawsuit, which officially lists State Attorney General Henry McMaster as the defendant as he is charged with enforcing state laws, asks the U.S. District Court in Columbia to declare stimulus-related provisions of the state budget unconstitutional.
Speaking for just under 30 minutes Thursday morning, the governor argued that as drafted, the state budget violates the separation of powers clause by denying him his executive authority.
“Filing this lawsuit is the last thing we want to be doing, but our hands have been forced on this front and letting these actions stand would be both a disservice to taxpayers and set a terrible precedent for future governorships,” Sanford said.
He alternatively described the suit as a “pre-emptive strike” launched because he believes a lawsuit brought by a Columbia high school student in April is about to be refilled in the South Carolina Supreme Court.
That lawsuit asked the state Supreme Court to allow the Legislature to bypass the governor and take $700 million in budget aid. The justices did not take the case at that time, deciding that it was not “ripe for judicial determination.”
In a unanimous decision, the court wrote that until lawmakers actually vote to spend the money, it did not want to rule on a “hypothetical or abstract dispute.”
Obviously, the governor said, the situation is dramatically different now.
Sanford has declined to ask for the $700 million — part of a total $2.8 billion available to the state over the next two years, unless lawmakers agree to spend that money or an equal amount on state debt.
The governor is being represented by attorney John Witherspoon Foster of the firm Kilpatrick Stockton in Columbia. During his press conference, Sanford said work on the case was being done pro bono.
Filed under: Politics, US
Share Tweet Pin G Plus Email
previous article: New Bands Added to Pitchfork Music Fest
next article: INFOSYS Trainees Die in Accident