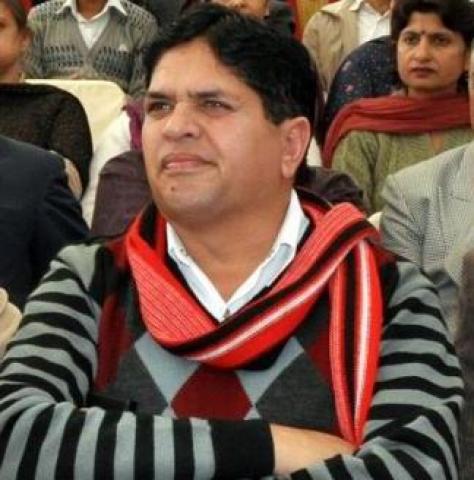 Rajiv Chuni, chairman S. O. S. International in a statement said that the Organization has decided to take up the matter of highest public importance as both the state government as well as the BJP leadership has decided not to take any action against the corrupt and morally debauch BJP MLAs. “PIL will be filed tomorrow by S. O. S. Chairman Rajiv Chuni, general secretary Dr. Gurmeet Singh and represented by Senior Advocate Anil Sethi.

He said that details of unholy nexus/Horse trading between ruling coalition and BJP MLAs has been regularly appearing in media while the people of Jammu, who reposed their faith in the BJP MLAs are feeling outraged. But the BJP which has always exploited the gullible people of region is shamelessly trying to skirt the issue, he said, adding that the BJP leadership is buying time so that people forget its most heinous offence against the people of .

Chuni said that it seems not a just coincidence that top BJP leadership was in the state at a time when the “cash for vote scam” was enacted. Lashing heavily at the BJP leadership’s inaction against the corrupt MLAs, he said that BJP-NC friendship is no ‘secret’ as it has entered into alliance with NC during NDA regime and election of Jammu Municipal Corporation when Kavinder Gupta was elected Mayor and NC’s Dharamveer Singh as Deputy Mayor, but the decision of BJP to trade vote with Cong, of whom Prof. Saiffudin Soz is Pradesh Cong president, who defeated Atal Bihari Vajpayee led NDA government, is political debauchery.

Statement said that BJP has exploited the sentiments of Jammu people after Amarnath Land agitation and has the blood of 12 innocents on its hands while thousand others who have suffered physical, mental and financial loss during the agitation. He said that small children have participated in the agitation and faced police atrocities and even jail to uphold the dignity of people, But BJP leaders have traded their sacrifices for petty financial gains.

Filed under: Politics, World
Share Tweet Pin G Plus Email
previous article: RIK describes as farce the visit of Geelani to KP camp
next article: Environment Is Everything Around Us