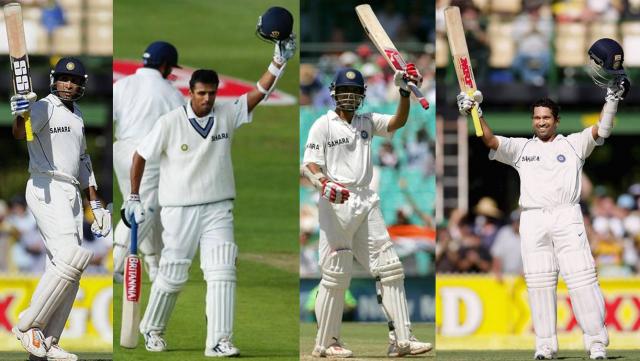 "It is a great effort for him and a great honour for all of us. It is a great moment for Indian cricket and I am happy that I have seen most of these 12,000 runs being scored by him from the dressing room," Said Indian captain Anil Kumble said while congratulating Tendulkar on his historic feat.

Sourav Ganguly, who will be retiring from the game after the on going Test series against Australia, was fulsome on his praise of Tendulkar with whom he shared the dressing room for the last 13 years.

"It is a fantastic achievement, kudos to him. He is a phenomenal player. It has been a great honour to share dressing room with him for the last 13 years,"said Ganguly.

Rahul Dravid praised Tendulkar as a "great champion" and said he is the one who truely deserved the feat.

"It is a phenomenal achievement. He is a great champion and his achievement is truely well deserved," Dravid said.

Filed under: Opinion, Sports
Share Tweet Pin G Plus Email
previous article: Why American jobs are being outsourced to India? Because of productivity
next article: …BURN SPORTS….