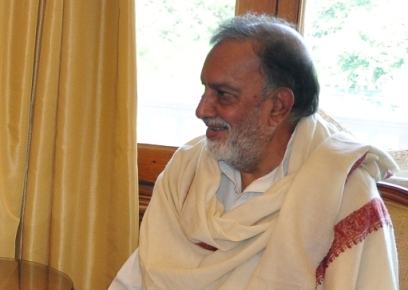 Jammu, September 13 (Scoop News)- Prof. Bhim Singh, Chief Patron of National Panthers Party has dashed an urgent letter to Dr. Manmohan Singh, the Prime Minister of India urging him for immediate intervention in J&K to dismiss the Chief Minister, Omar Abdullah who has become a dangerous security risk for the J&K state.

The NPP Supremo condemned the killing of the local Kashmiri boys in Shopian sector on the day Omar Abdullah was playing a flute on the banks of the Dal Lake and dancing to the tune of Zubin Mehta on 7th September, 2013. Prof. Bhim Singh said that investigations have shown that the innocent students driving on their motorcycle were shot dead on the instructions of the Chief Minister. The Chief Minister wanted to convince Delhi that he can afford to use guns against his own people to protect the interest of Zubin Mehta’s concert on the banks of Dal Lake.

The Panthers Party leader has demanded a judicial inquiry into the killing of four youth in the former District of Anantnag. He also condemned the killing of Rafiq Rather only the other day without any justification. The Omar government wanted to establish his authority by killing of the Kashmiries and prove the supremacy of his administration by killing people on the streets. He also condemned the disgraceful and shameful happening in a retarded home in Jammu and demanded full judicial inquiry into the incident.

Prof. Bhim Singh demanded a judicial probe by a sitting judge of the High Court into all the killings of the civilians and the men in uniform since Omar Abdullah has been crowned as the Chief Minister of J&K.
Prof. Bhim Singh also accused the Omar administration for adding to confusion, chaos, lawlessness, anarchy and uncertainty in the state because of his non-governance. He said that the Congress was equally responsible for the mess and anarchy in the state because the Omar government has been running on the crutches of the Congress in full view of the entire world. He has given a call to the youth and the students to stand toegehter to oppose, expose and finally depose the present corrupt, communal, anti-national and anti-people government in J&K.
MORE AT http://scoopnews.in/det.aspx?q=31948