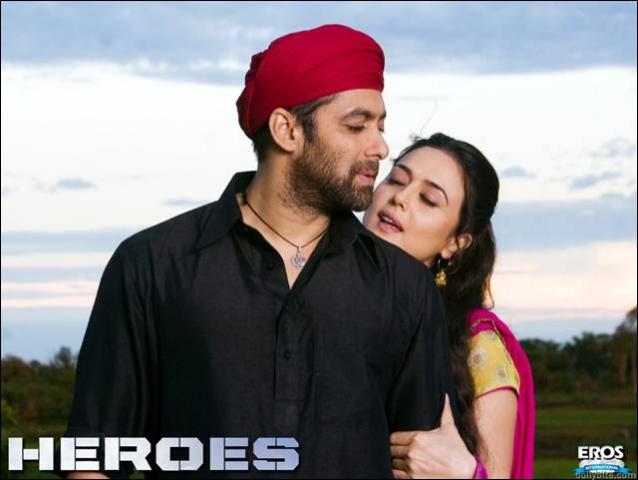 As everybody knows New Movie Of Bollywood name "Heroes" is going to come soon in October.In this movie many actors are there.Both Deol brothers and Khan Brothers are there togther in this movie.I mean Sunny Deol and Bobby Deol and Salman Khan and Sohail Khan.Another actor Dino Morea is also there in this movie.This movie is based on new topic whose title is somewhat like this "Two Boys travel 1000 miles to meet their destiny and discover national Pride".Preity Zinta the cute one is the only actress of this movie.But there is one thing in this movie one actor is doing that type of role for the first time.I.e is Salman Khan is doing the role of a Sikh person in this movie and till now in his carrier he has never done the role of Sikh in any of the movie.So he is coming first time as s Sikh person in this movie.This movie is coming in Cinemas on 24th October 2008.