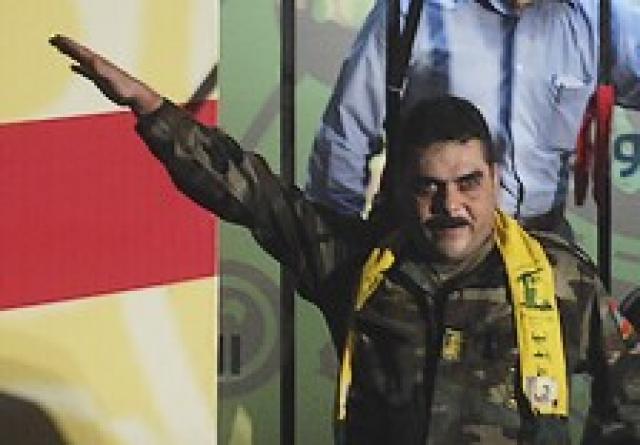 Samir Kuntar was received back into the loving arms of his brethren, Hezbollah, in a prisoner exchange in which the Israelis were at the loosing end of the bargain. It appears that Kuntar has not learned anything from his stay in the Israeli prison camp. His plans for his own future are to get a Masters Degree in Military Resistance. I never saw this particular degree available as a part of my college’s curriculum, so perhaps, it is just a Middle East thing.

Samir Kuntar was a very dangerous man back in the 1979 incident where he took the lives of four Israelis. Even his salute seems to be a bit reminiscent of Hitler. However, for Kuntar time has not changed him at all and even now he is being further emboldened by those that honor his deeds as heroic. Kuntar even today speaks about how he will kill even more Israelis, and given the celebrity status he has gained in Lebanon, it is certain that he will have many men that believe in him and will follow him to the death. After all, he did survive twenty nine years in an Israeli prison and has managed to keep the same beliefs he had when he went in.

These men, such as Kuntar are the true terrorists, which creates chaos and destroys the lives of the innocent. This Samir Kuntar can only be likened to a rabid dog that must be put down before his disease can spread. Do you think that it is so easy to speak in this manner? No, it is not, but there are certain realities that good men and women must consider. It is for the safety of the populace of Israel and her children that this man finds himself on the business end of a Predator missile system.

It is the age old question again, if you could go back in time to when Hitler was a child, would you kill him? I tell you here and now that in every fiber of my being if I were in the position, Hitler would have died. Nevertheless, we must consider that another man may have arisen in his place and perhaps that is our conundrum. It is my opinion that the God of Abraham, Isaac, and Jacob has everything in control and whatever he determines is in his domain and we have no way to thwart God almighty.

So, how do we deal with these terrorists that do not repent of their evil deeds that they have done against innocent people? They must be punished and their punishment must be based in reality not in trying to reason. These men only understand blood and theirs is a blood feud which has spanned much further back than 1948. There is no reasoning with an agency that has no problem slaughtering the innocent. In my belief Samir Kuntar will become the man to lead killers against the Israeli people.