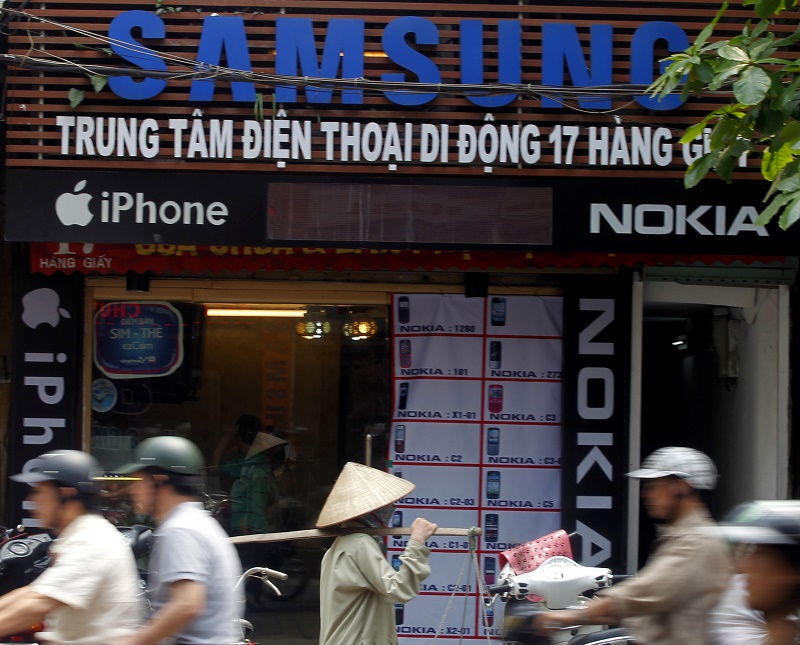 After it was dethroned in 2014 and 2015 from its position of being the number 1 smartphone brand in India, China and Indonesia, Samsung Electronics has now decided to win back its customers in these important and emerging prices. What is the policy being used by the company? Low prices. For instance, in the Indian market, there were lots of customers who, until this year, were happy in sticking with smartphones made by the country’s Micromax Informatics Ltd. as they were able to enjoy great features at a reasonable price whereas other manufacturers were charging a higher price for offering same.

However, things changed considerably this year as the Samsung has decided to slash its prices in order to gain back its lost market share. Customers are now being drawn to the brand once again because they are able to get a better quality phone as opposed to the low quality ones they had used before. The newfound aggression of the South Korean giant is nothing but a gamble on its part; it is hoping that it can win a race to the bottom against global as well as local competitors. In February, a new flagship device was unveiled by Xiaomi Corp. of China, which is priced at $250, but has the same powerful processor as Samsung’s premium devices.

In March, Apple Inc. also introduced a cheap version of its iPhone priced at $399 thereby ensuring that the smartphone price war will remain in full swing this year. The high-end flagship devices by Samsung are priced at $600, but in the previous year, the company began adding some of the high-end features to its mid and low tier smartphones that are priced between $100 and $300. The Galaxy J Series was redesigned to resemble the firm’s flagship S series and has become a success in India and Indonesia.

The prices of these devices is nearly half of the flagship smartphones, but they offer a wide array of features including data-saving mode that can be used for limiting data storage. This feature is considered extremely important in emerging markets as mobile data plans are used there. Despite the company’s aggressive price-slashing strategy, analysts have warned that their margins are going to take a solid hit, which means that this is not a long term solution for dealing with its struggling smartphone business. This division saw a 60% decline in its operation profit in the fourth quarter of the previous year as opposed to two years earlier.

On Thursday, the South Korean firm announced that it expects to see an increase in its operating profit in the first three months of this year as it released its new flagship device, Samsung Galaxy 7 a little earlier this time around. However, even with this slight boost, the profit earned by the company in this quarter would just be modestly higher than last year and about 22% greater than what it was in 2014. Even if it succeeds in increasing its share in the emerging market, its profit margins are going to take a hit.

Filed under: Business, Technology
Share Tweet Pin G Plus Email
previous article: Top 7 Benefits of Being a Veteran You Should Know About
next article: Moving into a New Life