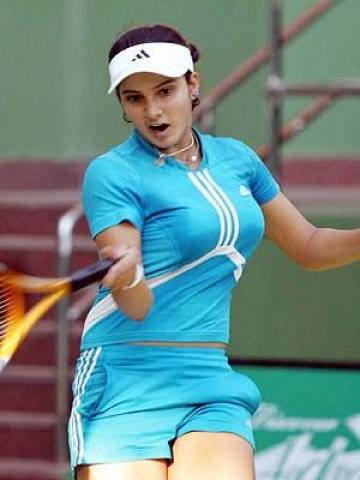 Sania Mirza has apologized for hurting ”religious sentiments” in an attempt to defuse the row over the shooting of a commercial featuring the tennis star at the historic Mecca Masjid for which she faced a trespass case.

”I would like to apologise to all my brothers and sisters and respected elders who are anguished by my unwittingly entering a portion of the land belonging to Mecca Masjid,” Sania said in a letter to the Imam of the Masjid.

The apology ”with a deep sense of remorse” came in the wake of the city police registering a case of trespass against Sania and the ad agency for filming the commercial allegedly without obtaining permission from the authorities.

As Muslim organisations and city-based party MIM questioned Sania for appearing in the shooting in the 17th century mosque premises, the tennis sensation said she was not aware that entering the outside gates of a mosque was also seriously objectionable.

”While I am fully aware that a woman must not enter the sanctity of the mosque, I was unaware that even entering the outside gates of a mosque was seriously objectionable, specially without permission, which I was assured by the agency they possessed,” she said.

”However, I would like to unequivocally tender my apology to all my brothers and sisters for hurting their sentiments.”

Sania maintained that the commercial was aimed at promoting the heritage monument of Charminar which is a symbol of Hyderabad.

Sania courted trouble following a police complaint by District Minority Welfare Officer Kareemulla, who is the custodian of the mosque, that she and the agency’s crew had made an unauthorised entry into the mosque on December 10.