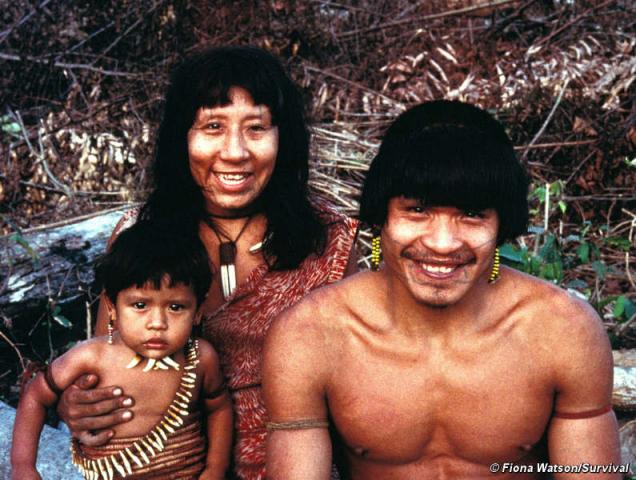 The decision is a serious blow to the project, one of a series of dams planned for the Amazon that have prompted protests in Brazil and around the world. Earlier this year, three indigenous leaders from the Amazon traveled to Europe to protest against the dams.

Santo Antonio and another dam, Jirau, are both being built on the Madeira River, at an estimated cost of US$15 billion. Both dams will devastate large numbers of indigenous people, including isolated Indians whose presence near the dams has been documented by the government.

Santander (parent bank of Sovereign in the US) had reportedly been due to provide approximately US$400 million for the scheme, but has now suspended its funding pending further environmental and social impact studies from the Brazilian authorities.

Many organizations around the world, including Survival International, have called for the project to be scrapped. Valmir Parintintin, leader of a Parintintin Indian community, stated, ‘The government has still not come and spoken to us about what impacts the dam will have. The market, the supermarket of the Indians is the river. If the dam is built, what will happen to the Indians’ way of life? Will anybody bring us food? No. Nobody will bring us anything. We are very worried.’

Survival’s Director Stephen Corry said today, ‘The only thing this dam has generated so far is a huge surge of public outrage at the way the government is apparently prepared to ride roughshod over indigenous people in the name of ‘development’. We hope Santander’s move will send a powerful signal to the authorities in Brazil, and that they might now actually listen to the people on whose lands these dams are being built.’