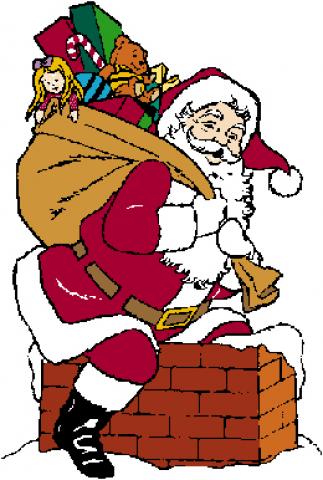 Who gets more than six million personalized letters every year?

Postal operations in at least 20 countries employ special elves to handle – and respond to – the huge volume of mail, often addressed simply "To Santa, North Pole," and peaking every December.

Canada Post replies to letters in 26 languages while Germany’s Deutsche Post replies in 16 languages. In some countries Santa even answers his own emails.

Canadians and the French are among the busiest correspondents, with more than one million children in each country firing off letters each year.

Many UPU members say that the volume of mail continues to increase, despite the emergence of emails, text messages and other forms of electronic communication in recent years.

The UPU reports that it is not entirely clear where Santa lives: last year 90 per cent of the total letters were sent to Finland, but thousands of letters were also sent from other countries to France, Germany and Slovakia.